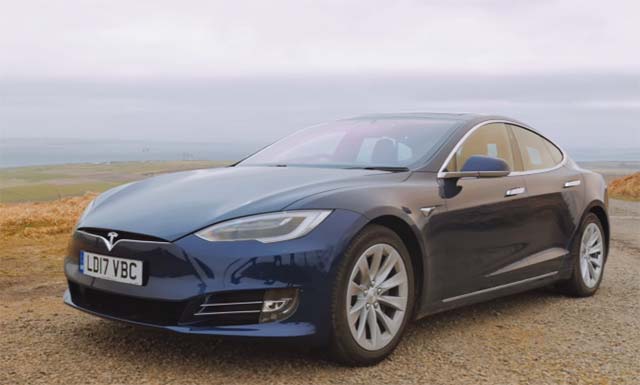 It’s time for the Tesla Model S 100D to be featured in the Fully Charged Show.

Robert drives the Tesla Model S 100D from London to the Orkney Islands off the North Coast of Scotland.
A common question I get asked about electric cars.
‘Can I drive to Scotland in it.’
To which the answer is a very simple ‘Yes.’

Despite its similar name, the Model S 100D is not to be confused with the flagship P100D. There is no supercar-shaming Ludicrous mode here.

The Model S 100D is rated at 335 miles (539 km) of all-electric range by the U.S. EPA. According to the New European Driving Cycle (NEDC) rating, the Model S 100D will do 393 miles (632 km) between charges, giving it the longest range of any production EV currently on sale.