Leclanche, eCAMION and SGEM to Build and Operate Network of 34 Fast-Charging Stations Along Trans-Canada Highway 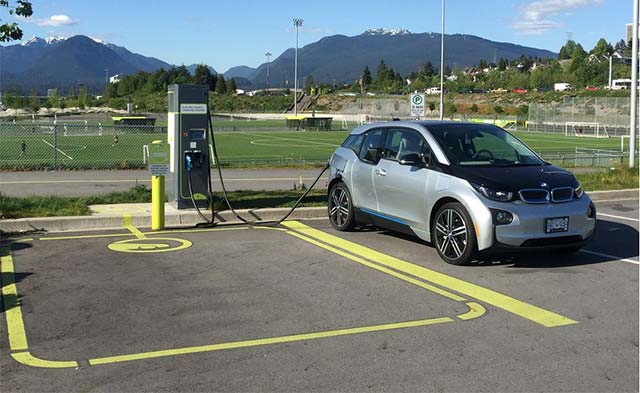 Canada’s electric vehicle industry is about to receive a major boost with the announcement of an agreement between eCAMION, based in Toronto, Dallas-based Leclanche North America, part of Switzerland’s Leclanche SA and SGEM based in Geneva, to develop and install a network of 34 fast-charging stations along the Trans-Canada Highway (TCH).

The project, designed to encourage the adoption of electric vehicles in Canada, entails an investment of CAD $17.3 million (USD $13.6 million) and is being partially funded by a CAD $8.0 million (USD $6.2 million) repayable contribution from Natural Resources Canada (NRCan) under the Canadian Energy Innovation Program.

This public private initiative will be supported by an investment from eCAMION, Leclanche and SGEM.

Project Designed to Overcome ‘Range Anxiety’
Currently, most public EV charging stations operate at Level 2, requiring about six to eight hours to charge a vehicle. The existing grid infrastructure sometimes proves inadequate to support faster charging. This makes it cumbersome for EV drivers to travel long distances contributing to ‘range anxiety,’ and is one of the biggest obstacles globally to EV adoption.

The new system being developed by FAST Charge consists of an energy storage system, using large-format lithium-ion batteries, along with multiple outlet charging units that can be charge several EVs at once.  This architecture helps overcome the slow charge issue by acting as a buffer between the grid and the vehicle and allowing EVs to be charged rapidly from the advanced lithium ion batteries instead of directly but more slowly from the grid. This will enable faster charging at Level 3 and higher, allowing EV drivers to charge their vehicles in just 20 minutes.

At the core of each station will be FAST Charge’s state-of-the-art, energy storage system featuring advanced lithium-ion batteries with scalable capacity that will draw and store energy from the grid for use by charging units whenever required. Each station will have three charging units to allow three vehicles to be charged simultaneously.

FAST Charge has already started work on the demonstration units with significant funding to be provided by NRCan and a target completion date of December 2017. Manufacturing is scheduled to get underway in the first quarter of 2018 with installation of EV charging stations to be completed through the remainder of 2018. The FAST Charge stations will be installed at 34 locations along the Trans-Canada Highway roadway connecting Ontario and Manitoba Provinces – a total distance of approximately 3,000 kilometers or 1,860 miles with the stations spaced approximately 100 kilometers (62 miles) apart.

Environmental Benefits
Greater adoption of EVs for inter-urban travel will reduce the use of carbon-intensive fuels for transportation, which currently generates nearly a quarter of Canada’s greenhouse gas emissions. The installation of 102 charging units at 34 different locations by FAST Charge will reduce emissions by an estimated 0.7 million tons over the first five years of operation.

In addition, each charging station can be connected to a renewable energy source such as solar or wind to facilitate 100-percent emission-free driving. To further demonstrate this, the installation at Highway 11 and Philip Creek Road in Ontario, will be connected to a solar photovoltaic system, along with the grid, to demonstrate the full utilization of a clean energy solution.

The project is scheduled for completion by the first quarter of 2019.