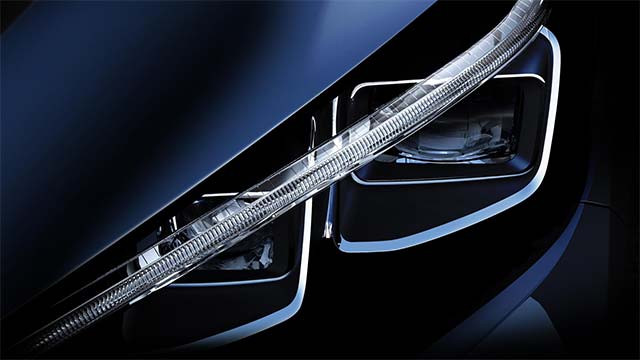 Nissan has released the first teaser image of the next-generation LEAF, the next chapter in Nissan’s Intelligent Zero-Emissions Mobility.

This “teaser” image, released via social media channels and to current LEAF owners, is the first in a series of photos and informational briefs scheduled this summer in preparation for the global reveal of the new Nissan LEAF later this year.

Nissan also confirmed earlier this year that the new version of the LEAF will also feature its ProPILOT driver assist system.

Today, the Nissan LEAF is the world’s best-selling electric vehicle with more than 260,000 on the road globally.

By launching the LEAF, the world’s first mass-market electric vehicle, Nissan established itself as a pioneer in the EV movement.
Follow us here, and join the conversation: #ElectrifyTheWorld #Nissan #LEAF

May 18, 2017Blagojce Krivevski
Renault and Qualcomm demonstrate wireless charging at speed of 100km/h6 Biggest things to happen to mobility before 2030