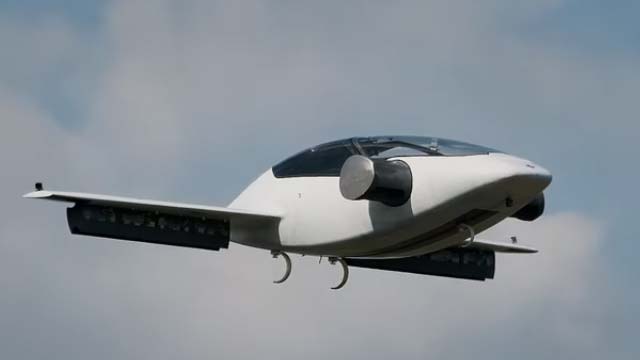 The Lilium Jet successfully completed its maiden test flight series in the skies above Bavaria. The 2-seater Eagle prototype executed a range of complex maneuvers, including its signature mid-air transition from hover mode to wing-borne forward flight.

“Seeing the Lilium Jet take to the sky and performing sophisticated maneuvers with apparent ease is testament to the skill and perseverance of our amazing team. We have solved some of the toughest engineering challenges in aviation to get to this point. The successful test flight programme shows that our ground-breaking technical design works exactly as we envisioned. We can now turn our focus to designing a 5-seater production aircraft.”

The Lilium Jet is powered by 36 separate jet engines mounted on its 10-meter long wings via 12 movable flaps. At take-off, the flaps are pointed downwards to provide vertical lift. And once airborne, the flaps gradually tilt into a horizontal position, providing forward thrust.

During the tests, the jet was piloted remotely, but its operators say their first manned flight is close-at-hand.

Lilium says that its electric battery consumes around 90 percent less energy than drone-style aircraft, enabling the aircraft to achieve a range of 300 kilometers (183 miles) with a maximum cruising speed of 300 km/h (183 mph).