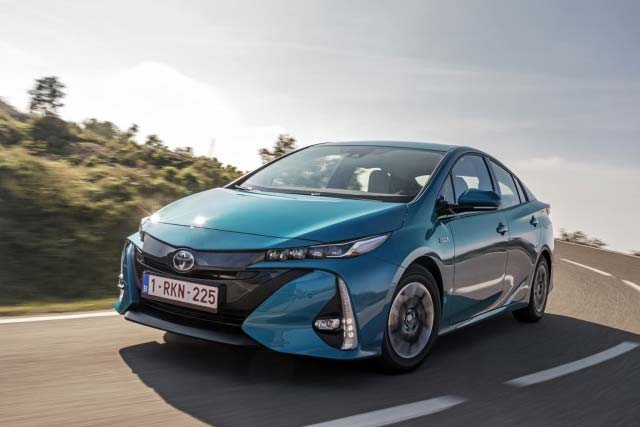 The all-new Toyota Prius Plug-in offers customers much more in terms of advanced technology, equipment, safety features and driving rewards than the original model that it’s replacing. Those benefits now extend to a lower price tag as well, with a reduction in on-the-road prices prior to the car’s official on-sale date.

Toyota has been able bring down the price of both the Business Edition Plus and Excel models by £3,200. Factoring in the £2,500 available for new car purchases through the UK Government’s plug-in car grant scheme, the new range is now available to customers from just £29,195 – more than £2,000 less than the cost of the previous Prius Plug-in.

The large-capacity lithium-ion battery, located under the rear load space, is fundamental to new Prius Plug-in’s increased EV driving range. Its capacity has been doubled from 4.4 to 8.8kW/h, yet its volume has only increased by two thirds – from 87 to 145 litres.

During charging, a new battery warming system will bring the cells up to an efficient working temperature, even when external temperatures drop as low as -20°C. This ensures battery power and efficiency are maintained at a sufficient level to minimise the impact of cold weather on the EV driving range, with full power available from start-off.

The increase in maximum power from 2.0 to 3.3kW means the battery can be fully charged up to 65 per cent more quickly – in two hours when using the Type II Mode III Mennekes connector, or three hours 10 minutes using a standard household plug socket.

In common with all new Toyota vehicles, Prius Plug-in is protected by a five-year/100,000-mile warranty.