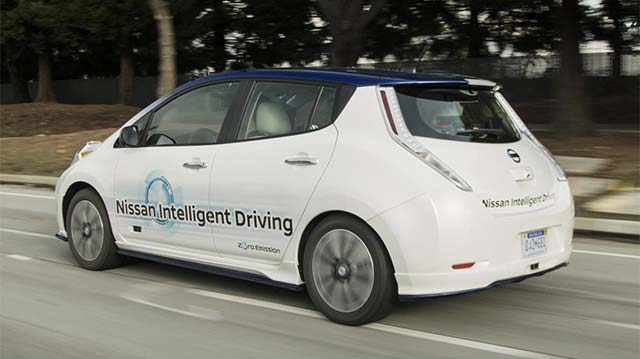 Passengers, including government officials and technical and safety experts, will be given the opportunity to experience and test the autonomous drive technology in a live environment in a modified Nissan LEAF.

These will be the first demonstrations of Nissan’s autonomous drive technology on public roads in Europe, representing the next step in Nissan’s Intelligent Mobility blueprint for transforming how cars are driven, powered, and integrated into wider society.

It follows recent announcements that both the refreshed Qashqai and the new LEAF, both coming soon, will be equipped with autonomous drive technology to enable single lane autonomous driving on motorways.

“With future models secured and cutting-edge innovation being developed right here in the UK, we’re looking forward to a strong future of designing, engineering and manufacturing in the country for customers right across the world,” said Nissan Europe Chairman Paul Willcox.

In October the firm, which builds around a third of Britain’s total car output, said it would expand production at its plant in northeast England with what a source described as a government promise of extra support to counter any loss of competitiveness caused by Britain’s EU exit.