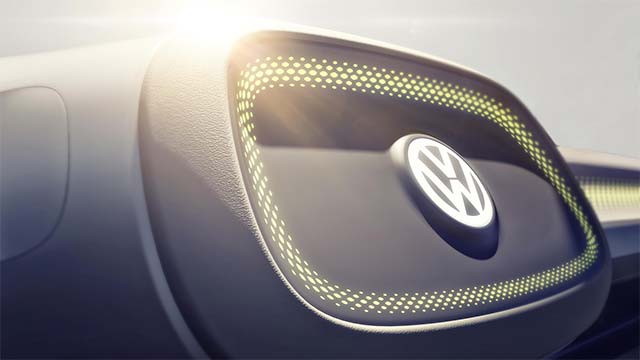 At the next month’s Detroit Auto Show, Volkswagen is presenting a new model of the ID family — a multi-functional microbus concept vehicle for a new era.

The concept vehicle forges links between the legendary origins of the Volkswagen brand and its electrifying future. Like the ID, this concept is also based on the Modular Electric Drive Kit (MEB), and so it shows the potential and bandwidth of the MEB.

Since the presentation of the ID concept at the Paris Motor Show in September, these initials have stood primarily for a new generation of fully connected, all-electric vehicles from Volkswagen.

This ID concept vehicle will also be able to drive fully autonomously in the future. A light press on the Volkswagen logo, and the electrically retractable steering wheel retracts into the cockpit. While the driver relaxes, laser scanners, ultrasonic and radar sensors and cameras monitor other road users and the surroundings.

The ID concept vehicle in Detroit forges links between the legendary origins of the Volkswagen Microbus and its electrifying future. It combines ample space for travel with a long electric driving range.

The ID microbus concept is the second electric MPV concept to come from VW – the Budd-e of the CES 2016 was the first.