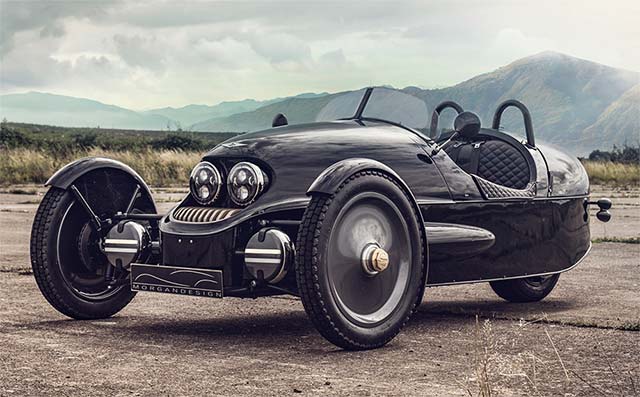 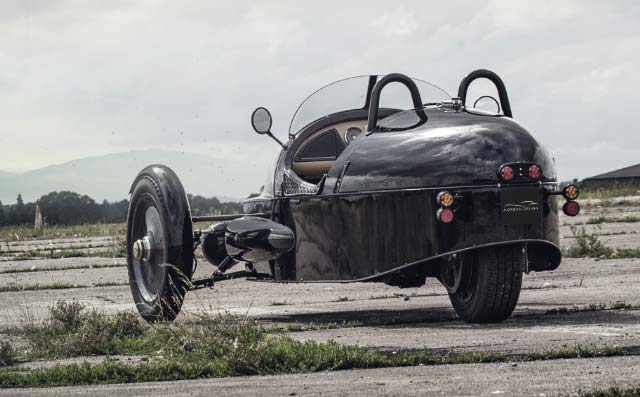 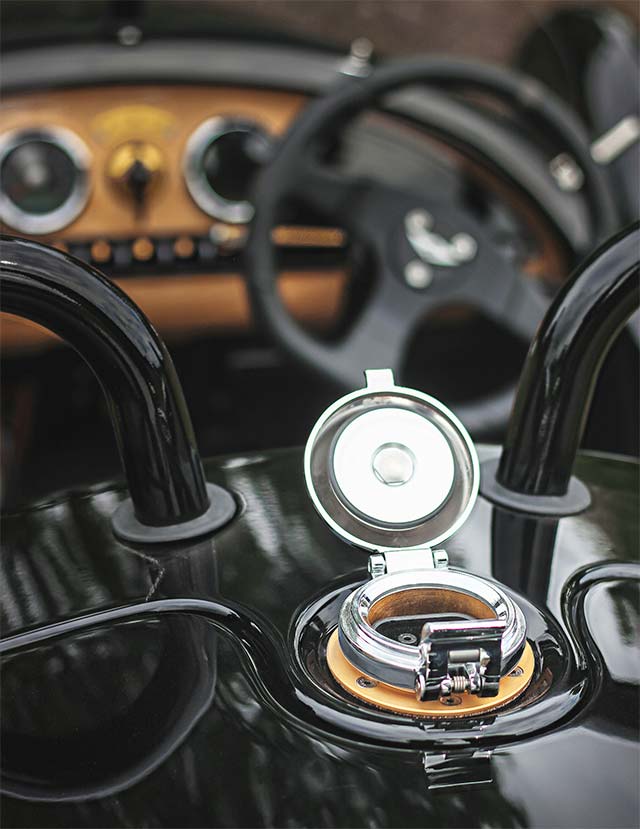 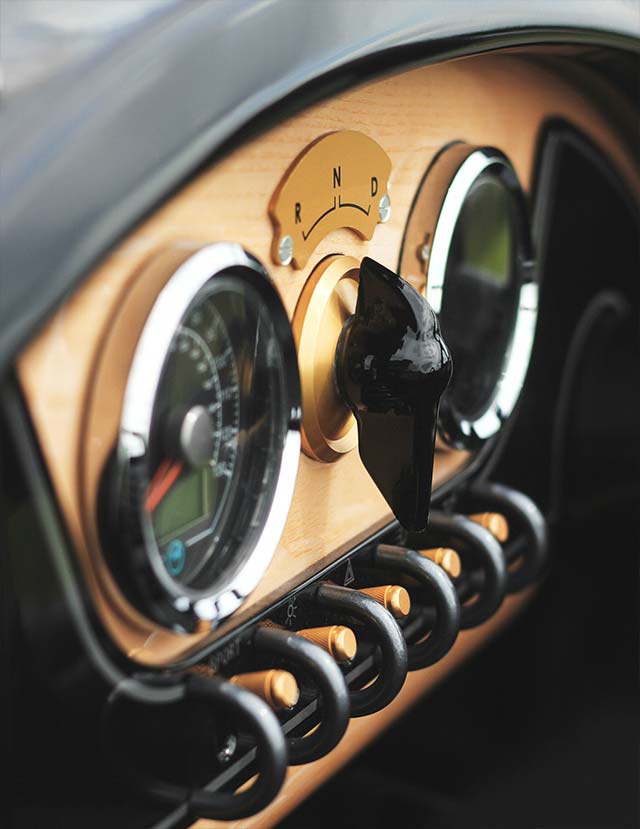 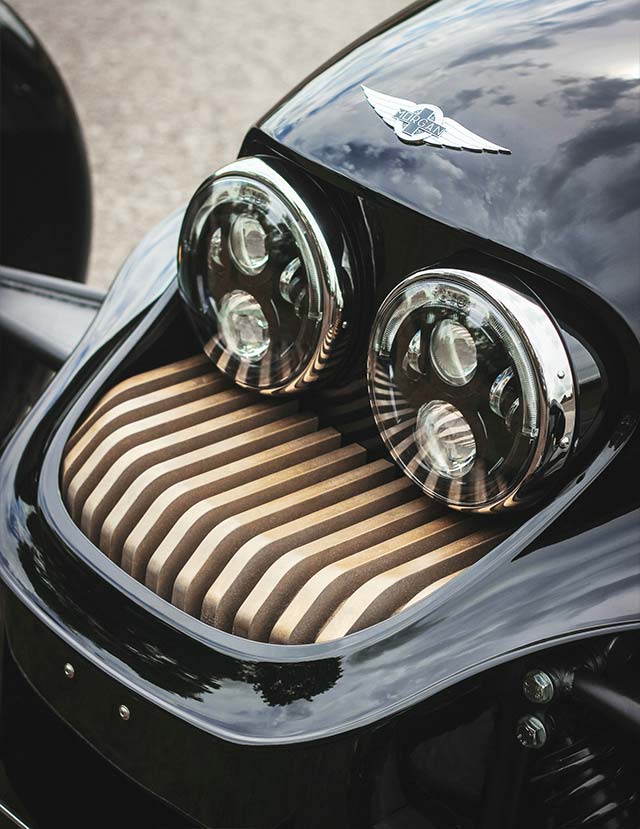 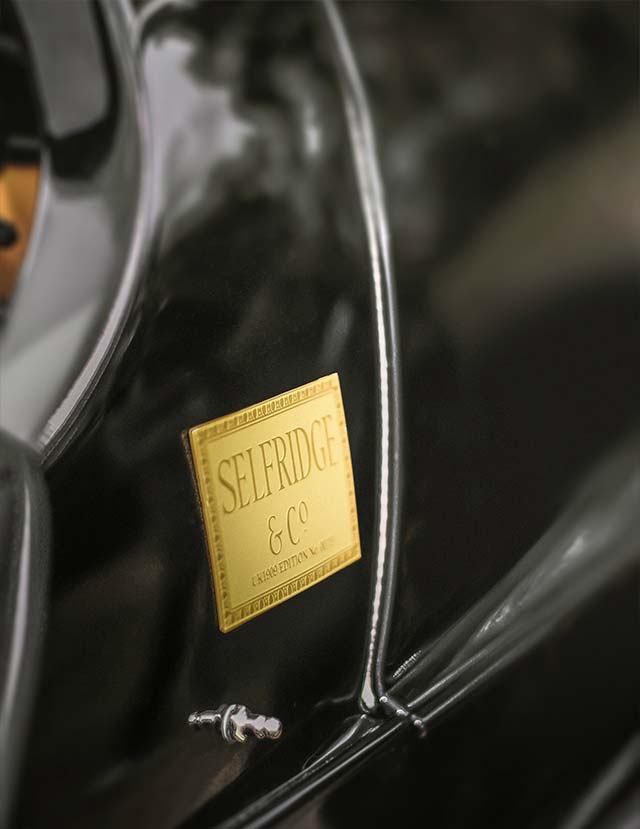 The UK 1909 Edition of the Morgan EV3 is described as a ‘collector’s item as desirable and beautiful as a piece of art and as practical, comfortable and fast as a 21st century car with carbon neutral credentials should be.’

A triumph of style and function that honours Morgan’s celebrated craftsmanship, the UK 1909 Edition will only ever be made in a limited edition run of 19 – a number that is a nod to the year during which both Selfridges and Morgan were founded.

The gorgeous, retro-futuristic three-wheeled electric vehicle, with an expected autonomy of between 120-150 miles depending on drive cycle and a top speed of around 90 miles an hour, boasts a beautiful bullet-bodied, face and exposed wheel design style which takes inspiration from 1930’s aero engine race cars, classic motorcycles and 1950’s fantasy automatons.

Brass conductive cooling fins encase the batteries and four large round headlights add to the overall boldness of the design which for the UK 1909 Edition limited edition comes in a luxurious yet understated black with Selfridges bronze detailing – reminiscent of the Oxford Street store’s iconic bronze name plaque.

The dramatic tail lift last seen in the late 1920’s on Morgan 3 Wheeler race cars, has been re-introduced, subsequently creating a visually forward stance with a seductive heritage look. This is enhanced with low slung running lights that carry through the cylindrical form of the side pods. An entirely new dashboard arrangement features a classic ‘magneto’ switch for drive selection, a digital screen, and uses wood and treated aluminium throughout.

The Selfridges Morgan UK 1909 Edition EV3 is set to make its official debut on 1 September during the Salon Privé Concours d’Elegance at Blenheim Palace. Then, on 1 October, the car and its designer accessory pack lands in the department store’s Birmingham location.

Morgan Motor Company introduced the all-electric EV3 at this year’s Geneva Motor Show, after showing it as a concept last year at the Goodwood Festival of Speed.