Nikola Motor Company Generates $2.3B in Pre-Sales for its One electric truck 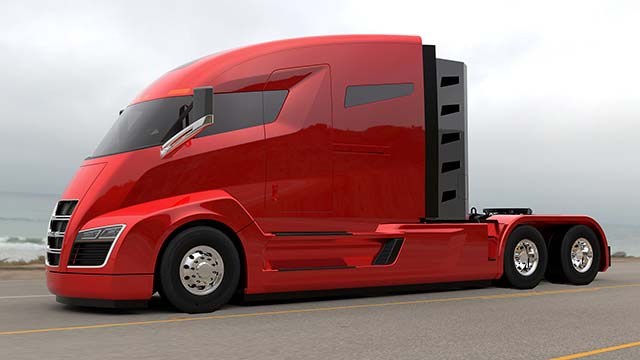 Nikola Motor Company Founder and CEO Trevor Milton announced that $2.3 billion in reservations have been generated in the first month, totaling more than 7,000 truck reservations with deposits.

The company announced last month that it will launch an electric class 8 semi-truck, dubbed “Nikola One.” “Our technology is 10-15 years ahead of any other OEM in fuel efficiencies, MPG and emissions.

We are the only OEM to have a near zero emission truck and still outperform diesel trucks running at 80,000 pounds. To have over 7,000 reservations totaling more than 2.3 billion dollars, with five months remaining until our unveiling ceremony, is unprecedented,” said Milton.

The Nikola One truck leasing program costs $4000 to $5000 per month, depending on which truck configuration and options the customer chooses. The first million miles of fuel is included with every truck sale, offsetting 100% of the monthly lease for every owner.

The Nikola One’s electric motors are powered by a liquid cooled 320 kWh, lithium-ion battery pack (over 30,000 lithium cells), which is charged by a proprietary onboard Nikola Motor Company turbine. The turbine automatically charges the batteries when needed and eliminates the need to ever “plug-in”. The turbine produces nearly 400 kW of clean energy, which provides ample battery power to allow the Nikola One to climb a six percent grade at maximum weight at 65 mph. A typical class 8 diesel truck under similar conditions would have a hard time reaching 35 mph. And going downhill, the Nikola One’s six electric motors absorb the braking energy normally lost and deliver it back to the batteries, increasing component life, miles per gallon, safety, and freight efficiencies while eliminating noisy engine brakes and reducing the potential for runaway trucks.

“We believe we will pass the current market leaders like Daimler, PACCAR, Volvo and Navistar in sales orders within the next 12-24 months. Just imagine the orders that will come in once we begin taking dealer applications. We have shown other OEMs and their shareholders why they should be nervous about Nikola Motor Company. Some of the top class 8 dealerships in America have reached out and are willing to either add our brand or move away from their existing brands,” he added.

Nikola Motor Company has already completed a seed round of funding and is working on funding a $300 million A round to be completed by December 2016.