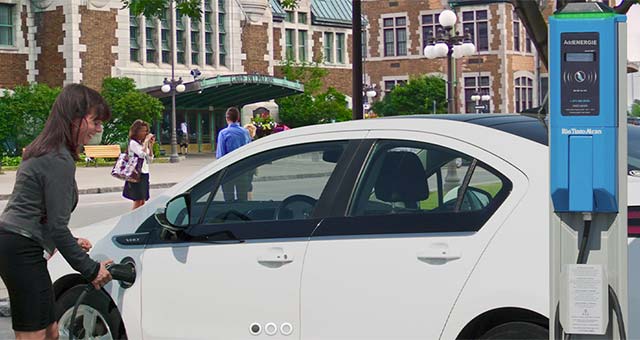 Called the FLO network, it will initially have 2,000 charging locations in five provinces. AddEnergie says its goal is to add 8,000 more charging stations across Canada over the next five years.

AddEnergie said the FLO network will start with charging stations in Canada’s three most populous provinces — Ontario, Quebec and British Columbia — as well as Nova Scotia and New Brunswick.

The company has also developed a smartphone app to identify the closest available charging station and make payments.

“EV drivers to this point have been pioneers, and we’ve developed our chargers and customer service offering along with them,” says said Louis Tremblay, President and CEO of AddÉnergie. “We’re building that expertise into the FLO network to create a single, reliable charging ecosystem that equips EV drivers with a consistent, reliable driving experience that is distinctly different to what people have come to expect using conventional combustion engine vehicles.”