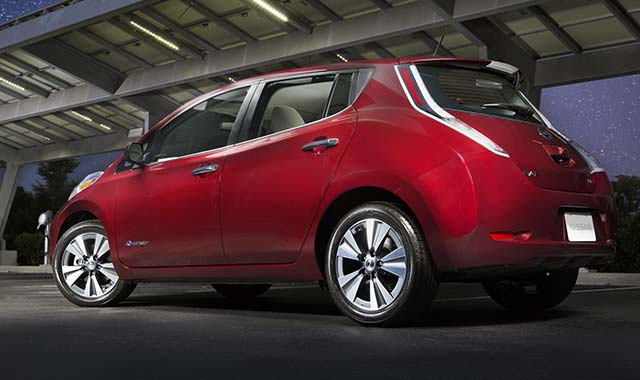 The all-electric Nissan LEAF was recognized as Mexico’s “2015 Green Vehicle” by the Top Car MAPFRE awards.

The awards was developed by MAPFRE (a leading insurance company) and conformed by a panel of judges that included some of the most relevant specialized media in Mexico including Autocosmos, Autos y Más, Autoexplora and El Universal.

“We are very proud with this award,” said Jorge Vallejo, Zero Emission Area Director and Government Relations and Export Sales Director, Nissan Mexico. “Being recognized in the ‘Green Vehicle 2015’ category reaffirms our commitment with the Mexican public of bringing environmentally friendly transportation options in line with our global leadership in the topic.”

A panel of editors and experts selected the finalists and the categories – which included subcompact vehicles, sedans, SUVs, sports cars and green vehicles, among others. However, the general public selected the winners in all categories a few months in advance.

Today there are more than 100 charging points established within the Mexican dealership network as well as on public areas of Mexico City, Aguascalientes, Chihuahua, Guanajuato, Jalisco, Nuevo Leon and Yucatan.