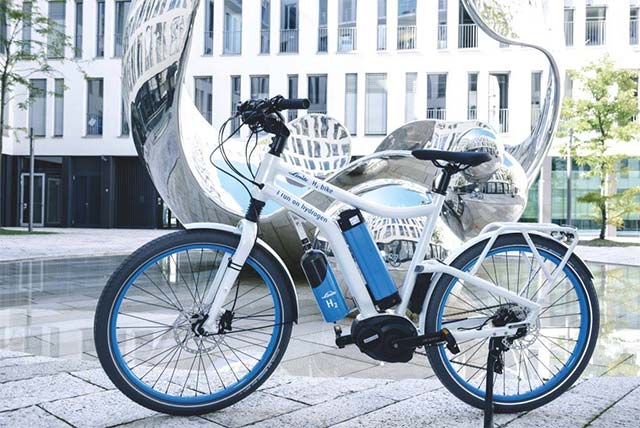 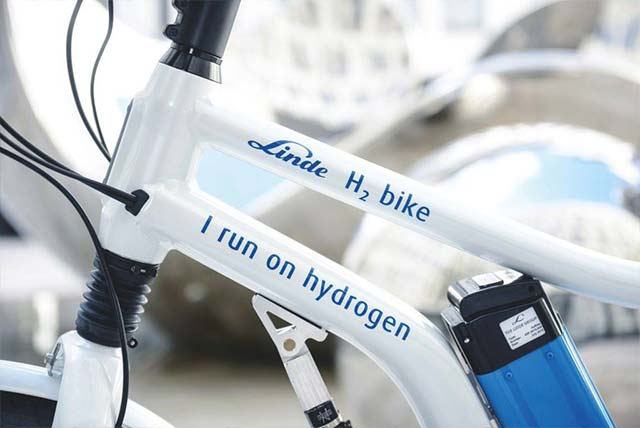 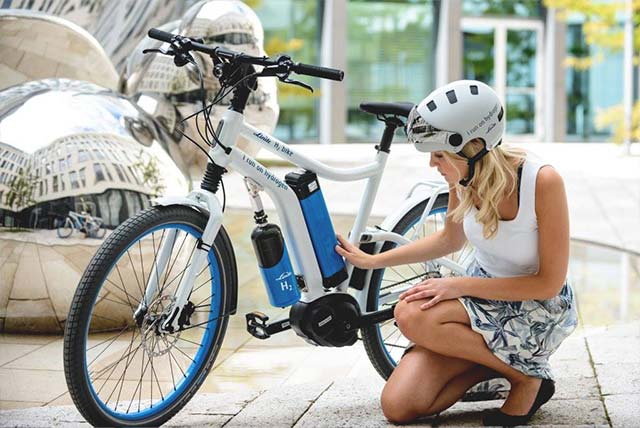 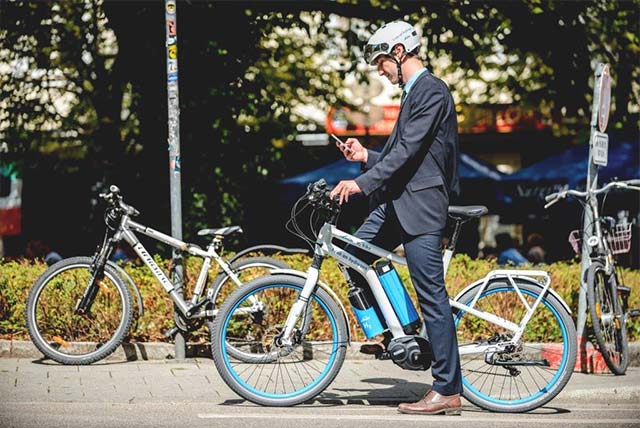 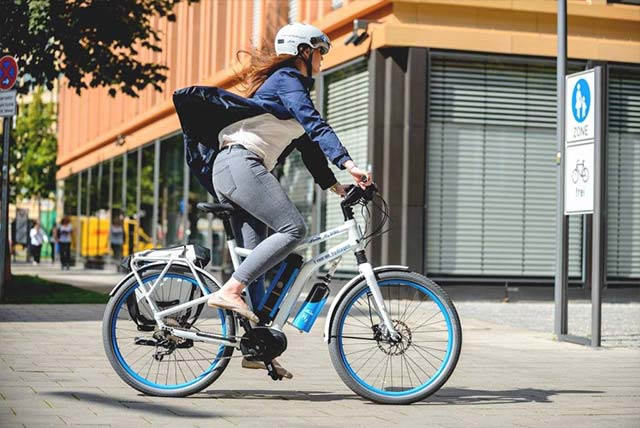 Earlier this week, the company unveiled its latest development, a very innovative pedelec, whose name derives from “pedal electric cycle”. The highlight of this bike lies in its source of power.

The battery usually found on e-bikes is replaced by a compact fuel cell which generates electric power from hydrogen and oxygen taken from the surrounding air. This unique, highly efficient and zero-emissions drive system supports assisted pedalling over a range in excess of 100 kilometres with a single, 34-gram cylinder of hydrogen. The specially developed fuelling system means the cylinder can be refilled in less than six minutes.

It took Linde engineers less than three months to develop the project from the initial idea to a functioning prototype. Under the motto “I run on hydrogen”, the Linde H2 bike proves that there is a viable alternative to conventional batteries in electric bikes, thus further increasing the appeal of what is already viewed as an environmentally friendly mode of transport. Like hydrogen-powered cars, fuel-cell bikes have the dual advantage of a long range and a short refuelling window of just a few minutes. What is more, they eliminate the need for traction batteries, which come with a limited lifespan and are difficult to dispose of.

The H2 bike, which Linde will produce as a limited prototype series, runs on sustainable green hydrogen fuel. The hydrogen can be obtained through the electrolysis of water using wind energy or by reforming biogas. The carbon balance of the Linde H2 bike is therefore significantly lower than that of a pedelec where the battery is charged using power of mixed sources drawn from the German energy grid.

“Linde is also pushing new and unconventional ideas to contribute to the widespread commercialisation of hydrogen as a clean technology,” commented Dr Wolfgang Büchele, CEO of Linde AG. “With the Linde H2 bike, we have shown that the benefits of hydrogen drives are not restricted to cars – bikes are another interesting application.”

As one of the first to benefit from this new form of effortless two-wheel mobility, German Transport Minister Alexander Dobrindt received a Linde hydrogen bike out of the hands of Dr Büchele.

In the past, Linde has proven its technology leadership with developments such as the ionic compressor – an innovative compressor concept enabling state-of-the-art hydrogen fuelling stations.

Having set up approximately 100 hydrogen fuelling stations in 15 countries and having successfully completed more than one million refuelling operations, Linde is leading the way in H2 infrastructure development. Linde is a founding partner in the recently established joint venture H2 MOBILITY Deutschland GmbH & Co. KG. With several auto manufacturers currently ramping up to series production, Linde is thus laying important groundwork for the successful roll-out of fuel-cell vehicles.