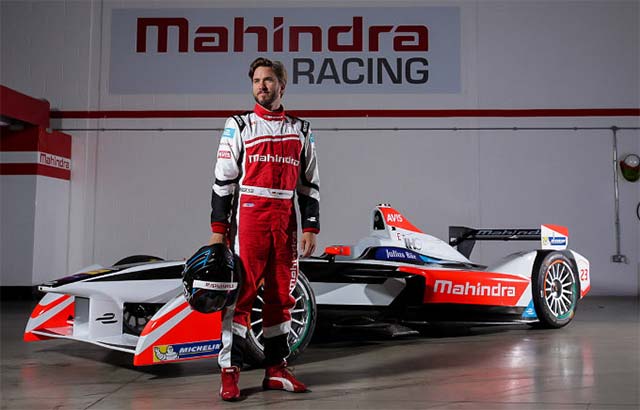 Mahindra Racing enters the second ever Formula E season as one of eight manufacturers developing its own electric powertrain to power its quartet of cars.

“I am very excited to join Mahindra Racing for the second Formula E season. Mahindra’s high ambitions are aligned with lessons learned from season one and actions taken for year two. When I tested the M2Electro in Spain, I found a determined team that shares my racing passion. My target is to win and I believe our combined experience and skills will ensure we maximise our chances,” said Heidfeld.

Having been replaced by 1997 Formula 1 champion Jacques Villeneuve at Venturi, Heidfeld now joins Senna at Mahindra, in place of the departed Karun Chandhok.

Elsewhere, Formula E champion Nelson Piquet Jr will test alongside Oliver Turvey for NEXTEV TCR team, who made his debut at the season ending Visa London ePrix., while e.dams Renault runs an unchanged line-up of Sebastien Buemi and Nicolas Prost.