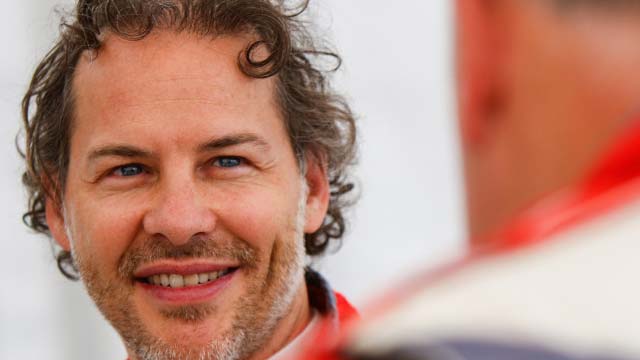 Former Formula 1 world champion Jacques Villeneuve will race for Venturi during the second season of Formula E, alongside Stephane Sarrazin.

The 1997 champion will replace Nick Heidfeld at the Monaco-based team who enter the 2015/2016 all-electric series as one of eight manufacturers.

Villeneuve, who recently tested with the outfit at Le Castellet, France, said: “Last season, each time I met drivers from Formula E they were saying it is really a very interesting championship.

“This is the first time in several years that I will participate in a full championship. I am excited because the atmosphere while working alongside the Venturi team is great and that has a very big influence. Also, I know Stéphane Sarrazin well, we trust each other.”

In his 10 years in Formula 1, driving for Williams, BAR, Sauber and Renault, Villeneuve secured 11 victories and 23 podiums, before enjoying success in IndyCar and winning the Indianapolis 500 (1995). More recently the Canadian-born racer has competed in FIA World Rallycross Championship.

Meanwhile, Sarrazin, who finished 14th in the inaugural Formula E season, continues at Venturi where he has been testing the team’s new VM200-FE-01 machinery, which will also be run by the Dragon Racing outfit.

“My wish was to continue with Venturi, so I’m very happy with this situation. The new engine showed immediate reliability. We can say we have a very good package. We don’t know what the other teams have done but we are assured that our car is very efficient.”

Team owner Gildo Pastor added: “It is a true pleasure to welcome Jacques Villeneuve – he is the first Formula 1 world champion to join Formula E as a driver. He grew up in Monaco, we crossed paths many times in childhood, so he will be at home with Venturi. I am very happy with the experienced and talented duo of Jacques and Stephane.”