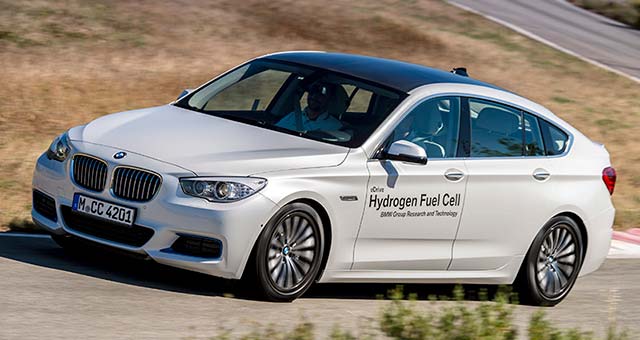 The BMW Group test facility in Miramas
For almost 30 years the Miramas proving grounds in southern France have played a central role in the development of BMW cars and motorcycles. With its stable climate and wide range of usage possibilities, the around 473-hectare site offers the perfect environment for the intensive testing of drive system and chassis technology. The Autodrome de Miramas was bought by BMW France in 1986 and has since been consistently extended and updated. As well as test tracks measuring a combined length of more than 50 kilometres (31 miles), Miramas now also features ultra-modern office and workshop facilities for the development and fine-tuning of new models and technological components.

At the heart of the testing facility is the erstwhile race circuit’s five-kilometre (three-mile) asphalt oval. Added to which, a motorway ring for high-speed tests, various handling courses and hills, plus switchback bends, rough roads and off-road sections can all be used for individual trials and extended testing programmes. Among the special features of the site are a reproduction of a section of the Nürburgring. Renewal work on the Petit Ovale at Miramas included adding a carbon copy of the ’Ring’s Caracciola-Kurve (aka Karussell) corner. The ultra-challenging section of the proving grounds has since provided the ultimate yardstick for the optimisation and fine tuning of chassis components and electronics control systems.

The additional highvoltage generator on the front axle fulfils three different tasks: it boosts the combustion engine for brief periods with extra output of up to 15 kW and some 150 Nm (111 lb-ft) from rest, generates electric power while on the move (which is fed directly to the high-voltage battery), and enables the engine to be started and turned off very smoothly thanks to its higher output compared to conventional starters. The electric motor is located above the rear axle, together with its two-speed transmission and the power electronics. It sends output of up to 65 kW/88 hp and maximum torque of 165 Nm (122 lb-ft) through the rear wheels. The on-demand, road-linked all-wheel drive provides qualities unmatched in this segment, with the power electronics distributing drive to the front wheels, rear wheels or all four wheels as required.

As with the BMW i8, the intelligent drivetrain management and networking with the DSC (Dynamic Stability Control) system ensure safe and supremely assured handling characteristics at all times, together with optimised traction, highly dynamic acceleration and cornering, and maximum efficiency. The BMW 2 Series Active Tourer plug-in hybrid prototype accelerates from 0 to 100 km/h (0-62 mph) in around 6.5 seconds. Its average fuel consumption in the EU test cycle for plug-in hybrid vehicles will be approximately two litres per 100 kilometres (146 mpg UK or 117.6 mpg US), which equates to CO2 emissions of under 50 grams per kilometre. The range on electric power alone as measured in the EU test cycle will be 38 kilometres (23.6 miles). The pricing for the production version of the BMW 2 Series Active Tourer with plug-in hybrid drive has not yet been finalised. But thanks to its specific overall vehicle concept, prices at launch will be in the range of existing engine variants with comparable power outputs – just as they are for the electrified versions of the BMW X5 and BMW 3 Series. This means that customers do not have to pay a high premium for the technology.

The BMW 2 Series Active Tourer plug-in hybrid prototype comes with the same Driving Experience Control switch found in the conventionally powered model variants. The Comfort and Sport settings and Eco Pro mode can be activated at the push of a button. Not only does this influence the accelerator mapping and chassis functions, it also alters the shift characteristics of the Steptronic transmission. With Eco Pro mode engaged, drivers can also make use of the coasting function, while energy efficiency is further boosted by precisely gauged power control for electrically operated convenience functions, such as the air conditioning, seat heating and heated mirrors.

Furthermore, the driver is able to adjust the responses of the drivetrain management using the eDrive button on the centre console. There is a choice of three settings:

– Auto eDrive: this hybrid mode is activated as the default setting in Comfort mode every time the vehicle is started. The engine and electric motor combine to extremely efficient effect in this setting. Under normal loads, the vehicle initially sets off purely on electric power. Once the speed exceeds approximately 80 km/h (50 mph) or under strong acceleration, the engine cuts in automatically. When route guidance is activated, the system automatically calculates how to make the most efficient use of the energy generated by the electric motor and combustion engine, with all-electric driving prioritised over sections of the route where it makes most sense. In Comfort mode, the high-voltage battery is automatically recharged by the high-voltage generator to a charge up of around 15 percent.

– Max eDrive: in this setting, the vehicle is powered by the electric motor alone. Top speed is limited to around 130 km/h (81 mph), while the allelectric range is some 38 kilometres (23.6 miles). Accelerator kickdown brings the combustion engine into play

– Save Battery: This mode allows the energy stored in the high-voltage battery to be deliberately kept at a constant level or increased again up to 50 percent (when its charge drops below that mark) by efficiently raising the engine’s load points and using energy recuperation. The stored energy can then be used for all-electric driving at a later stage in the journey, for example when driving through an urban area.

Hydrogen fuel cell: pioneering combination with BMW eDrive, longterm option for zero-emission mobility The BMW Group has been conducting research and development work in the field of hydrogen fuel cell drive systems for over 15 years now. And a collaboration with the Toyota Motor Corporation launched in 2013 has further accelerated progress towards its goal of finalising approved components for a Fuel Cell Electric Vehicle (FCEV) by 2020.

The fuel cell, which converts hydrogen into electric energy and water vapour, enables locally emission-free driving laced with the dynamics customers expect of a BMW – plus longdistance capability and short refuelling times. It therefore represents the ideal next layer of BMW eDrive technology. The Innovation Days 2015 event will include, for the first time, driving presentations in which demonstration vehicles with a hydrogen fuel cell drive system will display the potential of this technology. Over the long term, the hydrogen fuel cell drive system will become an integral element of Efficient Dynamics technology, allowing the BMW Group to add further variety to a portfolio of drive systems which can be adapted flexibly to different vehicle concepts, customer requirements and legal stipulations around the world.

Furthermore, the hydrogen fuel cell drive system also offers scope for integration into a bespoke vehicle architecture. Future FCEVs will therefore benefit from extensive freedom in the development of innovative design and space-related solutions, similar to that enabled by the LifeDrive architecture underpinning BMW i cars with eDrive.

The cooling effect triggered by direct water injection likewise imbues this unit with substantially increased performance and efficiency. Plus, fuel consumption is reduced when pushing on, in particular. The boost to efficiency is therefore significant – especially when the driver adopts a sportier style – and average fuel economy under everyday conditions benefits accordingly. Added to which, direct water injection reduces thermal stress on numerous engine components and minimises emissions.[wzslider height=”400″ lightbox=”true”]