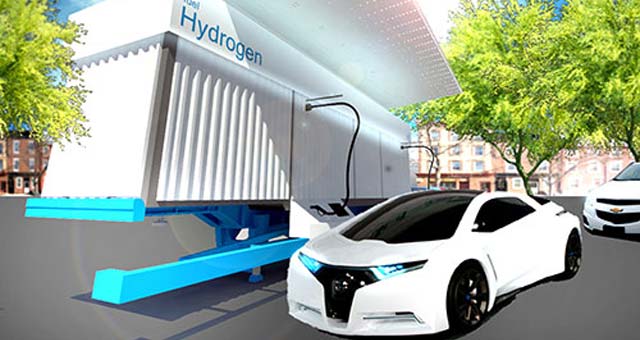 The joint project (conducted alongside the Japanese government’s support for hydrogen stations) will partially cover hydrogen station operating expenses incurred by infrastructure companies, and was first announced on February 12. Furthermore project partners will jointly raise awareness regarding these support measures, in order to encourage new companies to enter the hydrogen supply business. Financial assistance will be provided through the Research Association of Hydrogen Supply/Utilization Technology (HySUT), which is setting up a project to stimulate demand for FCVs.

Furthermore, to help popularize FCVs by creating a reliable hydrogen fueling environment and ensuring peace of mind for FCV owners, the three automakers will work with infrastructure companies to take the following steps:

Background
For FCVs to gain popularity, creating attractive products is only half of the equation. Hydrogen station infrastructure must also be developed to ensure ease-of-use for customers; however, infrastructure companies face difficulties constructing and operating hydrogen stations. FCVs are a new entry into the market, and hydrogen station revenues are expected to remain low due to the limited number of cars currently on the road.

Meanwhile, Toyota launched the Mirai FCV in late 2014, while Honda has announced its plan to bring an FCV to market before April 2016 and Nissan is also planning to market an FCV as early as 2017.