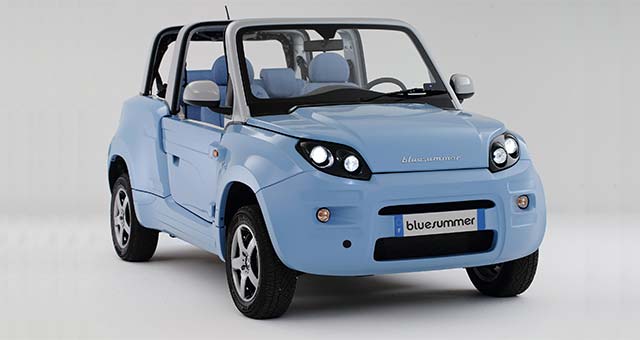 PSA Peugeot-Citroen will build the Bollore Bluesummer four-seat convertible electric car with an urban driving range of 200 kilometers (124 iles) at its factory in Rennes, western France.

Production will begin in September with a maximum annual production of 3,500 vehicles, PSA Peugeot-Citroen and Bollore Group said in a statement today.

To further their commitment to sustainable mobility, the two groups will also cooperate in the area of car sharing – initially in Europe and later via the creation of a joint venture designed to deploy car sharing solutions worldwide using electric vehicles (passenger cars and commercial vehicles), as well as low-emission internal combustion vehicles.

Bollore is already present in the electric mobility market, having designed and developed several electric vehicles (notably Bluecar, Bluesummer, Bluebus and Bluetram). It also operates an electric vehicle car sharing network in several cities in France (Paris, Lyon and Bordeaux and their outlying towns) and abroad, via dedicated subsidiaries. 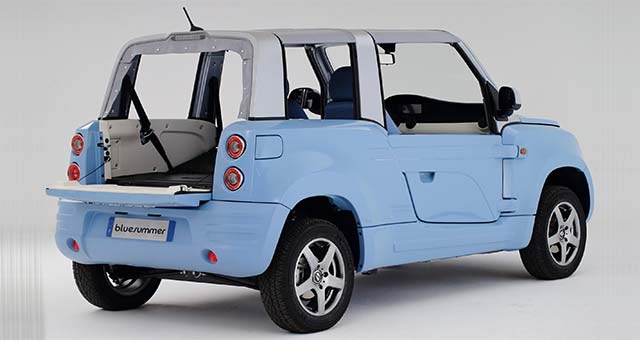 PSA Peugeot Citroen has set up various car sharing operations since 2013, with an offer designed for businesses in France and, via its Citroën brand, in Germany (Multicity Berlin). In addition, the Peugeot brand launched a short-term rental offer in 2009 – Mu by Peugeot.

Carlos Tavares, Chairman of the Managing Board of PSA Peugeot Citroën commented: “The agreement signed between our two companies reflects the vision that Vincent Bollore and I share of clean, sustainable mobility solutions that enable us to provide our customers with the freedom to get around, which we consider a fundamental right in today’s society.”

Vincent Bollore, Chairman and CEO of Bollore, said: “We are very proud of this partnership founded on industry, innovation and environmental stewardship. It’s a step forward in the development of mass-market electric vehicles.”

Jun 17, 2015Blagojce Krivevski
Two Thirds of UK Drivers Would Consider a Plug-In Vehicle as Their Next CarBMW i8 Drive Unit Voted 2015 International Engine of the Year