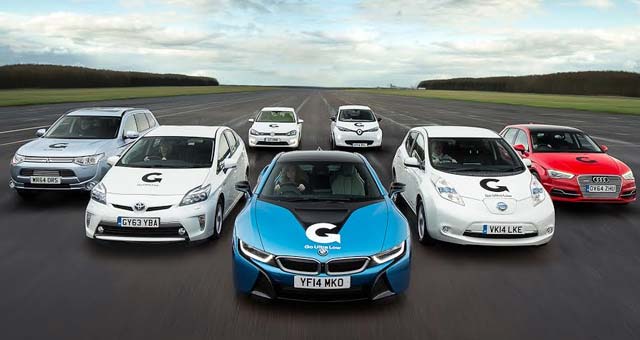 New research released by joint industry/government funded Go Ultra Low has found that the majority of car buyers aspire to own high-tech, low-emission electric vehicles to score social points over their neighbours and peers.

For 100 years, the phrase ‘keeping up with the Joneses’ has referenced the kind of lifestyle that the middle classes aspire to. Now, with new car registrations hitting a 10-year high, it is clear that many UK drivers aspire to the cost benefits, style and convenience of electric motoring.

The study by Go Ultra Low shows that the concept of ’keeping up with the Joneses’ is alive and well across the UK, with middle-class people named Jones leading the way for the nation’s car buying preferences.

When questioned, respondents with the surname Jones proved to be at the forefront of ‘green’ motoring, with 77% of the group identifying alternatively-fuelled vehicles as a purchase consideration versus 67% of the wider population. The fact that ultra low emission motoring is possible from just 2p–per- mile resonates very strongly with the Joneses, with 88% of them saying it’s a compelling offer.

Three quarters of motorists said that running costs were the biggest consideration when choosing their next car, making the argument for switching to ultra low emission vehicles even more compelling.

Hetal Shah, Head of Go Ultra Low, said: “Our research shows that, after purchase price, the top things motorists look for in a new car are affordable running costs, comfort, space and style. The huge variety of electric vehicles now on the market is changing motorists’ concept of desirability, with the majority of consumers surveyed aspiring to the new breed of quiet, refined, technology-packed plug-in vehicles. We’re confident that this year alone we’ll see thousands more motorists up and down Britain plugging-in to this growing trend.”

Go Ultra Low exists to help motorists understand the benefits, cost savings and capabilities of the wide range of ultra low emission vehicles on the market. The collaborative campaign is the first of its kind, bringing together a consortium of leading car manufacturers: Audi, BMW, Mitsubishi, Nissan, Renault, Toyota, and Volkswagen, the Society of Motor Manufacturers and Traders and the government.

The research, conducted nationwide, also showed that the Joneses are more likely to possess certain characteristics than their contemporaries with different surnames. For example, while just 8% of the wider country claim to drink prosecco in bars and pubs, nearly double (14%) those named Jones say the same. Furthermore, Joneses are more likely to listen to rock music (23% vs. 17%), practise yoga (11% vs. 6%), wear cashmere clothes (18% vs. 14%) and play team sports (15% vs. 10%).