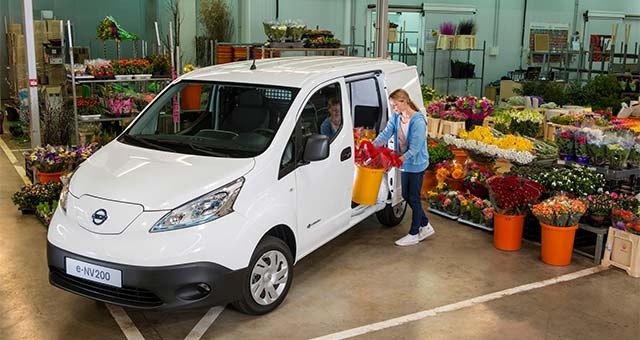 Nissan has been honoured for its e-NV200 all-electric van by influential industry title Fleet Van.

The company was named Green Van Manufacturer of the Year at the highly respected Fleet Van Awards.

The prestigious award, which was shared by Nissan’s global alliance partner, Renault, recognises the impact the new model has had since its launch, and the innovation and investment that went into its research and development.

Based on the NV200 – a former International Van of the Year – and utilising the proven technology of the record breaking Nissan LEAF, the e-NV200 is a true game changer for fleet van operators.

It sets new standards for an electric van, offering a versatile, practical and class-leading 4.2m3 capacity and 770kg payload combined with a range of 106-miles, rapid recharge times and running costs of just two pence per mile.

Maintenance costs are also significantly lower than those of a conventional diesel van, contributing to unrivalled total cost of ownership.

Stephen Briers, Editor-in-Chief at Fleet Van, said: “Collaboration as part of the Renault-Nissan Alliance has created a wide range of low and zero emission vehicles which have been adapted for both brands’ own vehicles. They have extended their technology and invested heavily in products beyond ICE while they are also committed to achieving recyclability targets. Combined R&D has resulted in excellent petrol, diesel and electric vehicles – a crucial element in winning this award.”

Receiving the award, Barry Beeston, Corporate Sales Director at Nissan GB, said: “The new Nissan e-NV200 is a remarkable vehicle which we believe will make a major impression on fleets across the UK, helping operators reduce costs and emissions without any compromise on its performance as a hard-working van.

“We’re delighted to receive this award as it’s yet another endorsement of this innovative and exciting new vehicle,”