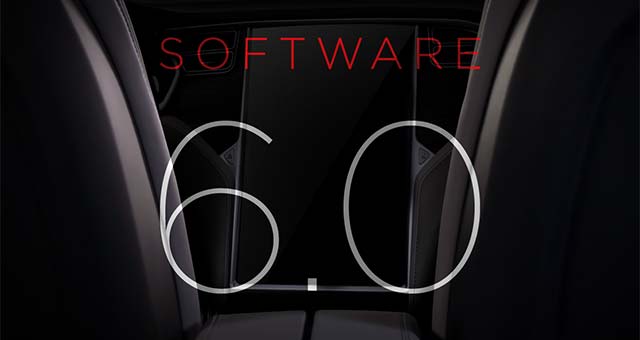 The new features further personalize the Model S ownership experience and help make the car smarter about owners’ individual preferences. This is the latest in a series of software updates issued since Tesla launches Model S in 2012, enabling new features such as hill start assist, smart suspension controls, and energy saving sleep mode.

Traffic-Based Navigation (BETA)
The Model S navigation system will be a lot smarter. Navigation will now provide route suggestions based on real-time traffic and calculate estimated travel times accordingly. It will also update dynamically as traffic conditions change throughout your trip. This feature will also take into account traffic data shared by other Tesla vehicles on the road.

Commute Advice
Navigation isn’t particularly useful when commuting between home and work because most of us usually know the way. But if traffic has an effect on a typical route, it’s helpful to know in advance. Now, Model S will monitor traffic before you even start your weekday commute and alert you with a pop-up message on the 17-inch touchscreen when a faster route is available.

Calendar (BETA)
Model S will synch with your smartphone to bring you a large in-car view of your daily schedule. If you’ve already set locations for particular events, you don’t have to worry about re-entering the details into your car’s navigation system. Instead, you can just tap on the event in your calendar to bring up route directions.

Remote Start
You will have the ability to start your Model S using only your smartphone. This function, which is particularly useful if you forget your key fob, will be accessible through the Tesla mobile app and requires you to input your password for each use.

Location-Based Air Suspension
If you regularly drive on roads or driveways that require higher than normal clearance, your Model S will remember where you previously selected high ride heights and automatically adjust the air suspension at those locations. This feature will be especially handy for people who have steep driveways. (Model S must be equipped with air suspension for this function to work.)

Name Your Car
You can now make your Model S nickname official. The car’s name will appear in the Tesla mobile app and in the About Your Tesla section on the touchscreen.

This software update represents Tesla’s commitment to improving Model S for customers even long after it has left the assembly line. With each update, Model S becomes more attuned and responsive to its owner’s needs without requiring excessive user input.