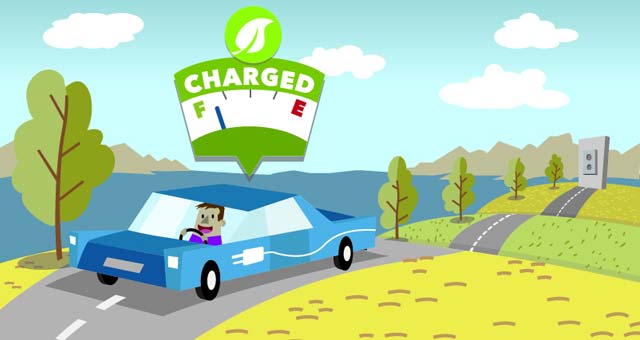 Researchers at the University of California, Riverside’s Bourns College of Engineering have shown that a vehicle navigation tool they created can cut electric vehicle energy use up to 51 percent.

– Energy savings between 25 percent and 51 percent when they took the route that the navigation system said would take the least amount of time. The tradeoff is that the travel distance increased between three percent and 19 percent.

– Energy saving between five percent and 25 percent when they took the shortest distance route. But, the time tradeoffs were sometimes significant, ranging from 8 percent to 96 percent.

– Taking the least energy route without any constraint on travel time did not make sense in some cases, because the increasing in time can be as high as 186 percent. At the same time, the route distance may increase by about 16 percent.

The researchers, who are part of the Bourns College of Engineering Center for Environmental Research and Technology, outlined their findings in a report to the California Energy Commission, which paid for the study with a $95,000 grant. The researchers are: Guoyuan Wu, an assistant research engineer; Matthew Barth, the director of the research center; and Kanok Boriboonsomsin, an associate research engineer.

Past research by these UC Riverside engineers has shown that the eco-routing navigation systems can potentially reduce fuel consumption and greenhouse gas emissions from conventional fossil fuel-powered vehicles by five percent to 15 percent.

For electric vehicles, the benefits of the eco-routing navigation system go beyond energy and emission savings. The technology can cut down so-called “range anxiety,” meaning the driver of an electric vehicle fearing he or she won’t be able to complete a trip without running out of electricity to power the car’s battery.

In the last decade, there has been a proliferation of GPS-guided navigation systems that assist drivers on which routes to take. Most attempt to minimize distance traveled. However, shortest distance doesn’t always minimize energy consumption and emissions because of factors such as heavily congested roadway sections.

Newer generation navigation systems take into account speed limits and even real-time traffic conditions and provide drivers the shortest-duration routes, which may have vehicles travel longer distances, albeit on less congested roadways. However, traveling at high speeds for longer distances may result in higher energy consumption and emissions compared to a more direct route at lower speeds. This is due to factors such as stronger aerodynamic drag force at higher speeds and steep road grades.

A few electric vehicle navigation systems, in cars such as the Ford Focus and Honda Fit, offer an eco-routing function. However, the algorithms underlying the eco-route calculation in these systems are proprietary and not publicly available. In addition, to the best of the UC Riverside research teams’ knowledge, they don’t have the capability to incorporate real-time traffic information, road type or road grade.

With the California Energy Commission funding, the UC Riverside researchers conducted more than 100 trips on the road from March 2013 to July 2013 using a 2013 Nissan Leaf. They selected three origin-destination pairs designed to provide different driving route options because of real-time traffic conditions and variables such as road grade and road type. The routes varied in distance from 18.6 miles to 23.2 miles.

After incorporating the data from the road tests into the eco-routing navigation system algorithm, the researchers conducted more than 4,000 trips with the same destination points but by using a numerical simulation.