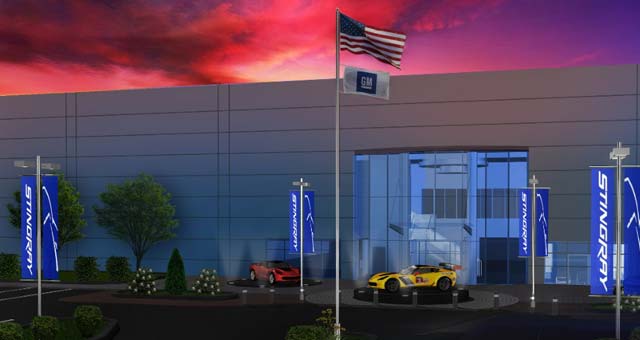 General Motors has began construction of a state-of-the-art facility for race engine design and development, as well as an electric motor laboratory and gear center.

GM said its continued investment in motorsports comes from the time-tested belief that racing is the ultimate proving ground for much of the technology that applies to the vehicles it sells.

“The GM Performance and RacingCenter, or GMPRC, will continue to develop some of the world’s winningest race engines for Chevrolet and Cadillac,” said Steve Kiefer, vice president of GM Global Powertrain. “Connecting our race engineers with our global powertrain engineering teams will improve our customers’ powertrains in terms of efficiency, reliability and durability. The center will also provide exciting career opportunities for our engineering organization.”

Engineers and technicians from GM’s race engineering center in Wixom, Mich. will move to the new facility in mid-2015. The relocation will centralize North American powertrain engineering expertise for production engines as well as advanced and racing propulsion programs. Condensing the engineering to one large space is an excellent way to develop race-bred engineers whether they work on production or performance vehicles.

The move will include about 100 employees who work on powertrain racing development, electric motors and in the gear center. The new building is expected to be opened and in use by mid-2015 and completed by early 2016.

In addition to the performance and racing engineering, the new facility will house an electric motor lab and a gear center.

The gear center supports design, manufacturing processes, inspection techniques and testing of gears used primarily in the next generation of GM transmissions.

The GM Powertrain World Headquarters is a 450,000-square-foot facility. Engineers at the facility design and develop engines, transmissions, hybrid and electric powertrains, and fuel cell technologies. Advanced tools within the campus provide engineers the ability to test all elements of these propulsion systems under extreme conditions, including cold ambient temperatures, high RPMs, and repetitive starting and stopping, to assure excellent durability, reliability and quality.