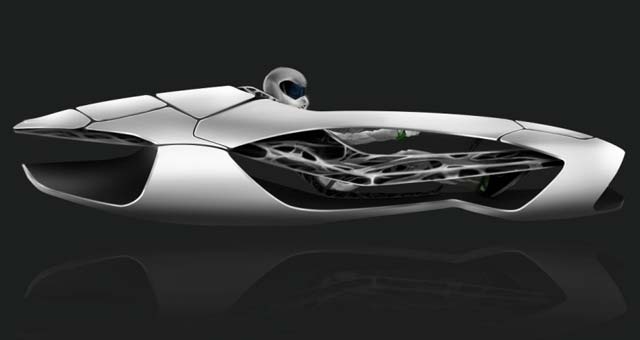 A component, module, or even a complete, one-piece vehicle body produced in one single production process! Impossible?

Current advances in additive manufacturing have brought what still sounds like Utopia one step closer to reality.

Reason enough for EDAG, one of the leading engineering service providers in the automotive industry, to assess the status quo of additive manufacturing processes with a view to their industrial application for components, modules and complete vehicle bodies, and analyze a possible time frame.

At the Geneva Motor Show, EDAG will be presenting a futuristic vehicle sculpture “EDAG GENESIS”, which, using the example of a body structure, is designed to demonstrate the revolutionary potential of additive manufacturing, which would potentially allow a huge cost saving.

EDAG GENESIS is based on the bionic patterns of a turtle, which has a shell that provides protection and cushioning and is part of the animal’s bony structure. The framework of the exhibit calls to mind a naturally developed skeletal frame, the form and structure of which should make one thing perfectly clear: these organic structures cannot be built using conventional tools!  In the future, additive manufacturing could benefit designers and engineers by opening up enormous freedoms and new design options for development and production.

The structure could not be made by conventional tools, says EDAG, but instead only by new techniques. They investigated processes including selective laser sintering (SLS), selective laser melting (SLM), stereolithography (SLA), and fused deposition modelling (FDM), before settling on a modified version of the latter technique.

EDAG says that unlike other technologies, FDM makes it possible for components of almost any size to be produced, as there are no pre-determined space requirements to pose any restrictions. Instead, the structures are generated by having robots apply thermoplastic materials. Complex structures are built up layer by layer in an open space – without any tools or fixtures whatsoever.

By introducing endless carbon fibres during the production process, it is also possible to achieve the required strength and stiffness values. Even though industrial usage of additive manufacturing processing is still in its infancy, the revolutionary advantages with regard to greater freedom in development and tool-free production make this technology a subject for the future.