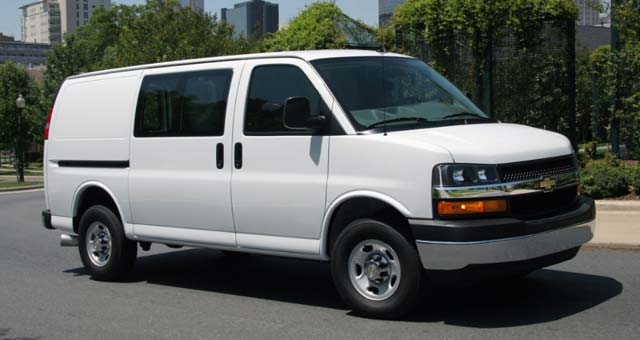 Production is expected to commence in the first quarter of 2015.

Echo Automotive is a developer of technologies enabling the cost-effective aftermarket addition of fuel-efficient plug-in hybrid capability to new or existing vehicles.

Echo’s EchoDrive system currently is available for Ford E-Series vans. Production for the GM series is expected in early 2015.

“The addition of support for the Chevrolet Express platform is a natural expansion for EchoDrive from both a technical and a market perspective, and one that allows more fleets to benefit more fully from our EchoDrive plug-in hybrid system,” said Dan Kennedy, CEO of Echo Automotive. “We look forward to demonstrating the impact EchoDrive delivers to fleet managers in reducing operating costs, delivering greater fuel efficiency and promoting sustainability across both the Ford and GM platforms.”

According to Echo, the EchoDrive plug-in hybrid system delivers a non-invasive plug-in hybrid solution for new or existing vehicles without high infrastructure costs. The company did not reveal numbers to quantify the fuel efficiency benefits opting for EchoDrive on a GM van.