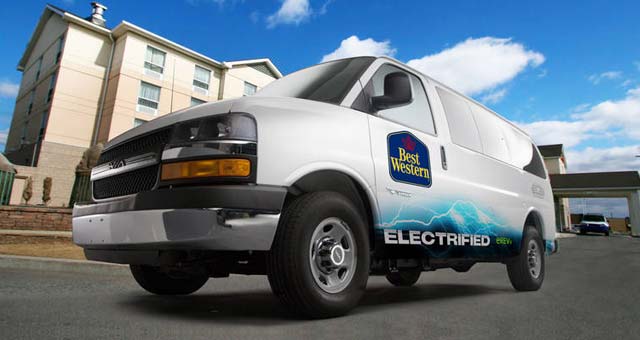 VIA Motors announced an $80 million purchase agreement from Sun Country Highway to electrify hotels and other business as part of a transcontinental electrification project.

The privately funded electrification project called Sun Country Highway, was launched by founder Kent Rathwell, and has placed over 1,000 charging stations across Canada to allow electric vehicle owners to travel coast-to-coast with free charging. In addition, it will provide charging for the business’ own electric shuttle vans and trucks in the next phase.

The agreement was announced at a news conference at the 2014 Detroit Auto Show.

“In phase one of the project we electrified hundreds of businesses across the country including placing about 100 chargers at Best Western Hotels. In phase two, we will deploy VIA’s electric trucks and vans and have already placed an $8-million order with a deposit VIA for the first 100 vehicles. We have signed a purchase agreement with VIA committing us to about $80 million of electrified vehicles overall, to meet the demand of the expanding projec,” Kent Rathwell.