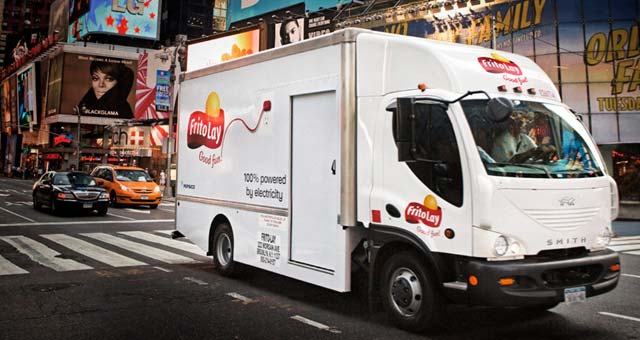 Smith Electric Vehicles, the producer of all-electric medium-duty commercial vehicles, has signed a letter of intent to form a joint venture with Taikang Technology Corporation in Taiwan.

Smith Electric and Taikang Technology Corporation intend to enter into a definitive licensing agreement, which will cover the assembly and distribution of all-electric vehicles in Taiwan, opening up an important new market for Smith Electric.

The vehicles will be Smith Electric branded and the joint venture will help Smith Electric to strengthen and further build its global manufacturing presence. The JV’s first three years of production is anchored by a 5,000 vehicle commitment, including transformation of a significant portion of the country’s municipal garbage truck fleet.

The initial trucks will be Newton and Edison model vehicles configured for garbage pick-up and transport. Smith Electric will have the sole sourcing and procurement rights for its proprietary Smith Drive, Smith Power and Smith Link components. Taikang Technology Corporation has been working closely with a number of Taiwanese government agencies, including the Environmental Protection Agency (EPA), on transforming its fleet of refuse trucks to all-electric, and represents an excellent local partner for Smith Electric.

The JV agreement will also cover the creation of a new manufacturing plant in Taiwan, which will create a number of new jobs over multiple years.

The growing demand for fleet transformation through electrification is driven by Smith Electric’s customers in recognition of the significant economic and environmental benefits of short haul fleet electrification. Medium duty gas and diesel trucks are expensive to operate and are one of the biggest contributors to urban pollution. These vehicles typically travel on fixed routes of fewer than 100 miles in a single day, and are based in a centralized depot, making them ideal for conversion.

Customers who work with Smith Electric to transform their fleets save an estimated 70% annually on fuel and maintenance during the life of the vehicle and eliminate all vehicle-based emissions. Across a large fleet this can mean millions of dollars in annual operational savings, hundreds of thousands of gallons of fuel offset, and sparing the air of tens of thousands of tons of greenhouse gases.