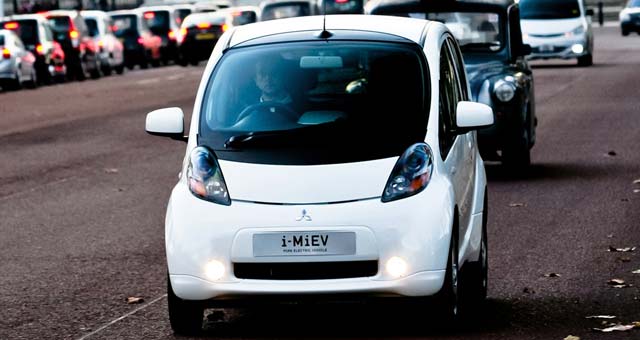 The Go Ultra Low collaborative campaign is the first of its kind, bringing together the Department for Transport, the Office for Low Emission Vehicles, SMMT and a group of leading car manufacturers: BMW, Nissan, Renault, Toyota and Vauxhall.

The Go Ultra Low campaign will prompt car buyers to consider the benefits of pure electric, plug-in hybrid and extended-range vehicles with information about their low running costs, ease of charging and impressive range.

In the last three years alone, almost 20 electric and plug-in cars and vans have been launched in the UK. With the average UK journey being less than 50 miles, the ‘Go Ultra Low’ campaign asks drivers: ‘What are you waiting for?’ especially when it comes to eliminating or reducing traditional fuel costs, and opting for a car with either zero, or less than 75g/km of CO2 emissions.

As well as the website, the campaign will see national print advertising, a radio advertising campaign, celebrity ambassadors programme, online community campaigns and fleet partnerships through the course of 2014.

To support the existing home and business charging network where the majority of charging is done, the government has unveiled an £9.3m investment in additional infrastructure.

– £5.8 million for more than 140 new rapid charge points that can fully recharge a ULEV in 30 minutes. These will be in towns and on major roads where there has been an historic lack of chargepoints, creating a UK-wide network of around 500 rapid chargepoints.

– £600,000 for 80 more charge points at train station car parks, making it easier for commuters and other rail users to cut the environmental impact of their whole journey.

– Grants of £2.9 million awarded to public sector organisations to install more than 450 charge points on their own estate for their staff, fleets and visitors. The public sector is seeking to lead by example by demonstrating commitment to ultra-low emission transport. The successful organisations include a central government department (MOD), two of the devolved administrations (Scotland and Northern Ireland), Defence Science and Technology Laboratory at Porton Down, a number of NHS trusts, two fire and rescue services (Devon and Somerset, and London), a police force (Gloucestershire), and several local authorities.

The government has also committed to invest £5 million to introduce electric vehicles across government and wider public sector fleets this year.