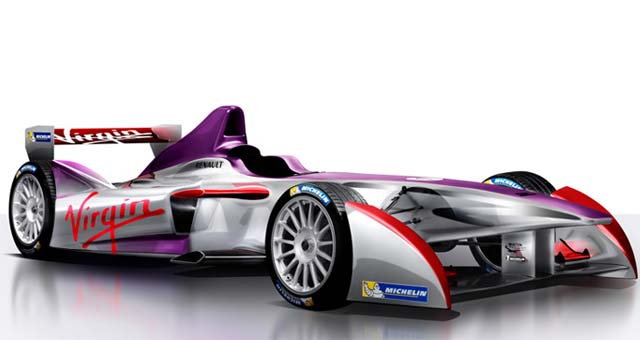 Virgin, one of the world’s most recognized and respected brands, have today announced it will be entering a team in the new fully-electric FIA Formula E Championship after signing an agreement with series promoters Formula E Holdings.

Based in the UK, the Virgin Racing Formula E Team will be headed by Team Principal Alex Tai and has the backing of Virgin founder Sir Richard Branson. Both have been involved in a number of pioneering technology projects in aviation, space and more recently racing.

Virgin Racing will now be put forward to the FIA for final approval as the ninth of ten teams to enter the new zero emission championship, racing in 10 city-centres around the world.

The Formula E electric racing car series will take place on purpose-built street circuits in 10 cities around the world. Kicking off in China in September 2014, the Formula E Championship will hit  Beijing, Putrajaya, Rio de Janeiro, Punta del Este, Buenos Aires, Los Angeles, Miami, Monte Carlo, Berlin and London over the course of its tour, speeding around a custom-built street course in the UK capital on June 27th, 2015.