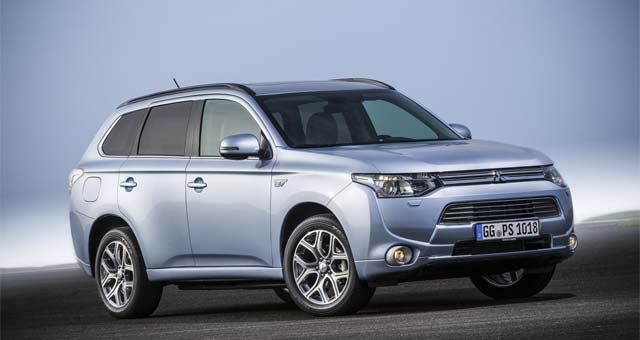 Mitsubishi Motors Company (MMC) began retail sales of its Outlander PHEV with the first units in the Netherlands – the designated launch country in Europe – after production commenced late August at the Okazaki plant, near Nagoya.

Much expected by dealers and customers in a region forecasted to be its largest global market, Outlander PHEV has already achieved over 10,000 signed orders across Europe since December 2012.

Electric vehicles are very popular in Norway as Nissan and Tesla Motors have found with the Leaf and the Model S.

The EU-specs Outlander PHEV only differs from its Japanese market equivalent in complying with mandatory EU regulations and with a chassis fine-tuned to better suit European driving style.

MMC says the Outlander PHEV is neither a mere adaptation of an existing Internal Combustion Engined vehicle, nor a dedicated Plug-in Hybrid EV high tech showcase. According to Japanese carmaker, the Outlander PHEV is rather a further variant of New Outlander – next to the petrol or diesel options – and developed as such from the start of the program: the first self-power generating Twin Motor (permanent) 4WD Plug-in Hybrid Electric Vehicle.

Outlander PHEV meets its market at a time of profound changes in the mindset of global customers, vindicating Mitsubishi Motors’ claim of 20% of its production made of electric/hybrid/plug-in hybrid vehicles by 2020.