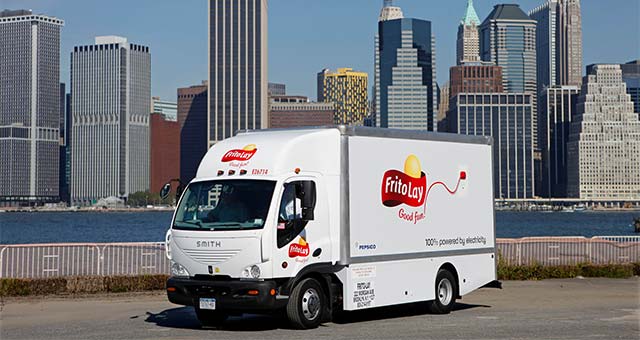 The addition of the new electric trucks will bring the total fleet number to 35 in the state, thanks to the Truck Voucher Incentive Program from the New York State Energy Research and Development Authority (NYSERDA).

Additionally, Frito-Lay said it is adding 20 charging stations for the electric tracks.

Since their introduction in 2010, the initial 15 all-electric trucks in New York have already eliminated the need for an estimated 27,000 gallons of fuel and 449,550 pounds of greenhouse gases. When all 35 trucks are deployed by the end of this year, Frito-Lay expects to eliminate 63,000 gallons of fuel and nearly 1,048,950 pounds of greenhouse gases annually in the state of New York.

Once all 269 electric trucks are fully deployed across the U.S., Frito-Lay expects to eliminate the need for an estimated 600,000 gallons of fuel annually.