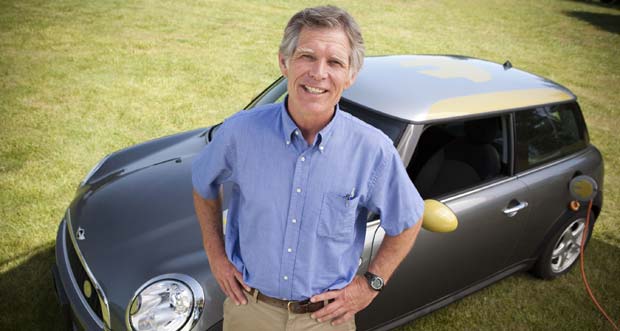 The BMW Group and the University of California, Davis, today released the largest publicly available study of electric-car users – including over 120 families who drove the fully electric MINI E automobile more than 1 million miles in California, New York and New Jersey from June 2009 to June 2010.

The report shows that the participants found the cars to be fun yet practical, easy to drive and recharge, and many said they would buy would buy an electric car in the next five years.

As battery electric vehicles (BEVs) enter the commercial marketplace for the first time, the results of this year-long study by the UC Davis Plug-in Hybrid & Electric Vehicle Research Center provide valuable insight into new ways that consumers value BEVs.  The UC Davis study is part of a whole set of studies being conducted by the BMW Group on electric vehicles, which includes research in China, Germany and the U.K.

Through online and telephone surveys of the participating households, and diaries and in-person interviews with a subset of more than 40 households, the UC Davis MINI E research team examined user behavior, infrastructure use, costs, environmental benefits, and other aspects of electric driving.

Among the key findings of the study are the following:

Compelling combination of “clean and fun”

First, the MINI E meets drivers’ desire for a vehicle that is both environmentally friendly and fun to drive. Drivers loved the vehicle’s quick acceleration and quiet operation.

“What we heard over and over again in our interviews is how fun it was to drive. That’s in part because it’s a MINI and in part because of the feel of electric drive,” Turrentine said.

Second, drivers find value in using electricity as a fuel and in mastering their individual energy use through efficient driving behaviors. Additionally, the drivers learned to appreciate the car’s powerful regenerative braking function, which returns energy to the battery and allowed them to drive using a single pedal for acceleration and braking.

Third, drivers like to develop their clean driving territory. Drivers start talking about the MINI E as a special way to explore their region. They of course can go anywhere in their gas car, but they like to talk about where they can go in their MINI E.

While range is often held up as a limitation of BEVs, the MINI E’s range of around 100 miles was acceptable to most drivers most of the time.

By studying the MINI E drivers’ usage patterns and need for range, researchers were able to determine that strategic placement of charging stations could allow drivers to reach most of their desired destinations using a BEV that has a range of 90 to 100 miles. Most charging occurred at home, at night, and 99% of respondents said home charging was easy to use.