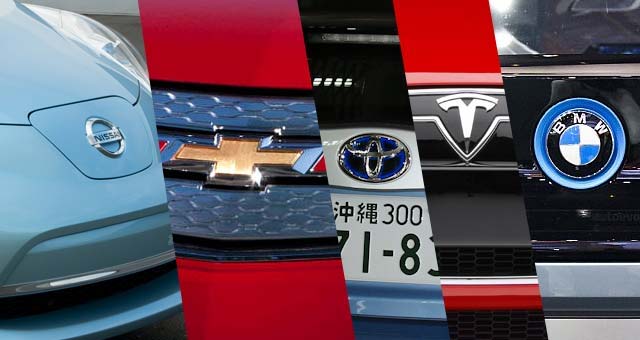 Electric cars are beginning to post all sorts of impressive numbers. Recently the 100,000th plug-in vehicle was sold. And last year, roughly 440,000 cars deriving some degree of “go” from a battery – including hybrids, plug-in hybrids and cars running on electricity alone – were sold in this country, with approximately 50,000 of them being pure electrics.

Those are big numbers, but it’s important to look at them with an equally big dose of perspective. With roughly 14.5 new million cars and trucks sold in the U.S. last year, combined hybrid sales of roughly 390,000 vehicles represent 3% of total sales; those 50,000 pure electrics? About 0.3%.

But with more and more manufacturers producing battery-propelled vehicles of one kind or another, and fuel prices showing no sign of falling, many anticipate continued growth for the sector. The Harris Poll set out to gauge Americans’ interest in electric and other higher-mileage vehicle offerings.

These are some of the results of The Harris Poll of 2,240 U.S. adults surveyed online between May 8 and 13, 2013 by Harris Interactive.

Numbers play some interesting roles in these vehicles’ varied appeal.  Take, for example…

– …the number of candles on your last birthday cake. Echo Boomers (ages 18-35) are significantly more likely than either Baby Boomers (ages 48-66) or Matures (ages 67+) to consider a traditional hybrid or a smaller and/or less powerful conventionally propelled vehicle, and are more likely than any other age group to indicate that they would consider a plug-in hybrid or an electric.

Plug-in’s struggle to charge up

Current and prospective drivers were also asked how their likelihood to consider several types of vehicles has changed within the past two years.  Focusing specifically on those driven at least partly by their batteries…

– Over four in ten (43%) indicate being more likely to consider a traditional hybrid (43%) – roughly twice the percentage saying they’re less likely to do so (21%).

– Adding an electrical plug appears to put the brakes on consideration growth, with current or prospective drivers reporting being more (30%) and less (30%) likely to consider them in equal percentages.

– Taking away the gas tank entirely seems to stall things out further still, with the 23% more likely to consider them overpowered by the 38% less likely to do so.

Challenges and opportunities for pure electrics

When asked to select their top concerns related to pure electric vehicles, price (65%) and range (63%) were the top issues, followed by repair/maintenance costs (55%), reliability (53%), performance/power (48%) and the fact that it is still new technology (44%).

But the electric vehicles industry still has some juice left; in addition to being in a state of constant advancement, the study indicates that several incentives – including some already being tried out by current manufacturers – show the potential to impact Americans’ likelihood to consider such vehicles:

– The majority of Americans (56%) would be more likely to consider such a vehicle if it were incentivized with a free fast-charge station installed in their home.

– Nearly half (47%) would be more likely to consider one if it cost the same as a similar gas-powered vehicle.

– Over four in ten (42%) indicated that having charging stations at or near their workplace would provide such an incentive.

– Smaller, but still notable, percentages indicate that a free gas-powered loaner for a set number of days per year (20%), reduced costs on toll roads (17%), collision insurance provided with their lease (15%) and HOV or “carpool” lane access (14%) would make them more likely to consider an electric car.