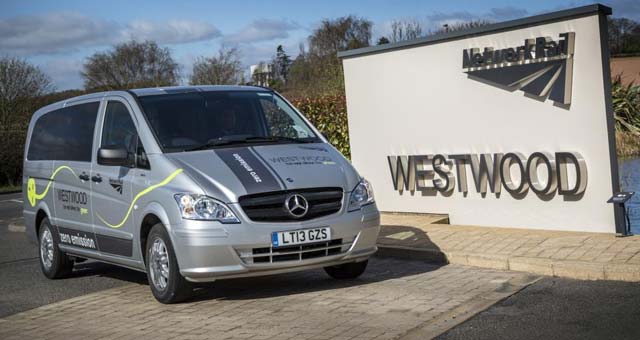 Britain’s Network Rail will in future use the Mercedes-Benz Vito E-CELL to transfer its staff between the Westwood Leadership Development Centre and the local Tile Hill railway station.

The two seven-seater Mercedes-Benz Vito E-CELL minibuses will be used by members of the concierge team, who make the journey several times a day from Westwood, on the outskirts of Coventry, to the railway station at Tile Hill.

The Vito E-CELL minibuses were ordered at the end of a one-year evaluation headed by Steve Duffy, Business Support Manager at Network Rail’s National Delivery Service, who cooperated closely during the evaluation with the concierge team in Westwood.

Thanks to its electric motor, the Mercedes-Benz Vito E-CELL is completely free of local emissions when on the road. With a range of around 130 km, it is especially suitable for use in environmentally sensitive areas, such as pedestrian zones, inner cities and health resorts. The range is optimised for use over short distances with numerous stops, making it ideally compatible with Network Rail’s requirements profile. 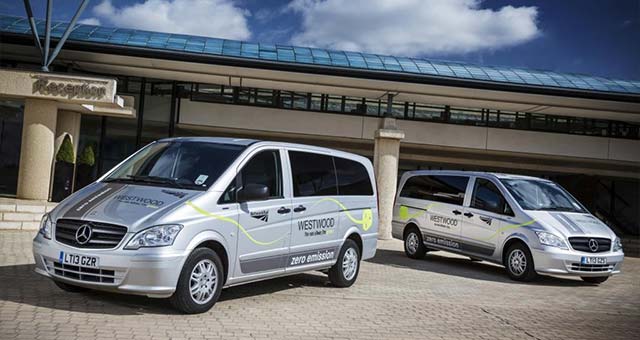 The Vito E-CELL owes its dynamic and agile drive to a permanent-magnet electric motor (60 kW power rating, 280 Nm torque). Power transfer is to the front wheels.

The powerful lithium-ion battery with a capacity of 36 kWh is housed under the floor of the load compartment. In the interests of the 130 km (80 miles) range (New European Driving Cycle NEDC), the speed is limited to 80 km/h (50 mph), which allows the Vito E-CELL to easily adapt to the flow of traffic on both urban and rural routes. Once connected to the 380/400 V mains, the battery in the Vito E-CELL can be charged in a maximum of five hours by the two chargers installed in the vehicle (6.6 kW rating). Depending on the national power grid, the battery can alternatively be charged at 230 V in some countries. In addition, while the vehicle is on the road, a recuperation module feeds back the braking energy to the battery, thereby extending the range.

The Vito E-CELL is now available in over 15 European markets. Viewed over the long term, the lasting success of electric technology in commercial vehicles will be decided by their economic efficiency. By completely doing away with the need for fuel, electric technology is a key factor in terms of overall lifetime economy.

The two vehicles were handed over to Network Rail by Mercedes-Benz United Kingdom on the basis of a CharterWay lease. Maintenance will be carried out by the workshop personnel at the Midlands Truck & Van dealership in Coventry.

Network Rail is the operator of Britain’s rail infrastructure and owns the physical assets of the former nationalised British Rail. Those assets include track and signalling, tunnels, bridges and level crossings as well as the management of 17 key UK railway stations.