McLaren P1 Almost Sold Out in the UAE 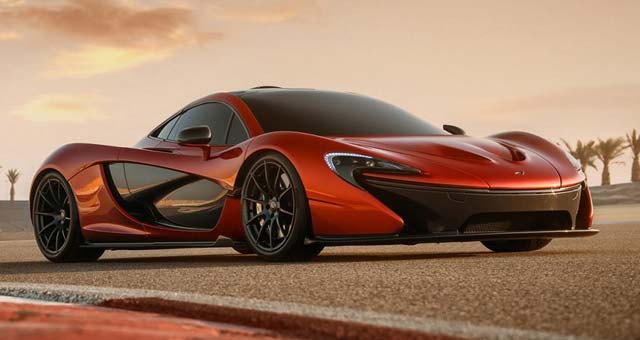 McLaren Automotive, the luxury high-performance sports car manufacturer, has sold 19 of the 20 McLaren P1 plug-in hybrid supercars set to be delivered to the UAE ahead of its arrival in November.

The McLaren P1 has engaged and excited potential customers in equal measure following its tour of Bahrain and the UAE earlier this year.

Local dealer Al Habtoor Motors has said it is hoping to increase its allocation to cater to the high demand.

Just 375 examples of the McLaren P1 will be made ensuring a level of exclusivity and desirability to match the car’s unique performance, and interest in the Middle East is already outstripping supply following the car’s successful debut in Bahrain.

The McLaren P1 will have the combined force of two highly-efficient powerplants, offering the optimum mix of superb throttle response, day-to-day drivability and top speed. A mid-mounted 3.8-liter twin-turbo V8 gasoline engine is substantially enhanced featuring, for example, larger turbochargers and a highly effective electric motor, to give a combined output of 903 hp and a maximum torque figure of 900Nm. This ensures instantaneous throttle response through the rev range, more akin to a naturally aspirated engine. Emissions of less than 200g/km on the combined cycle are reduced to zero in full electric drive mode, while the Formula 1-derived DRS and IPAS technologies offer an increase in straight-line speed and an instant boost of power.

The McLaren P1 can also be driven solely in electric mode. In city driving, with an average speed of 48 km/h (30 mph), this could mean up to a 20km (12 miles) range. More than enough for an owner to enter, for example, a city centre Zero Emissions Zone, have dinner and return home.