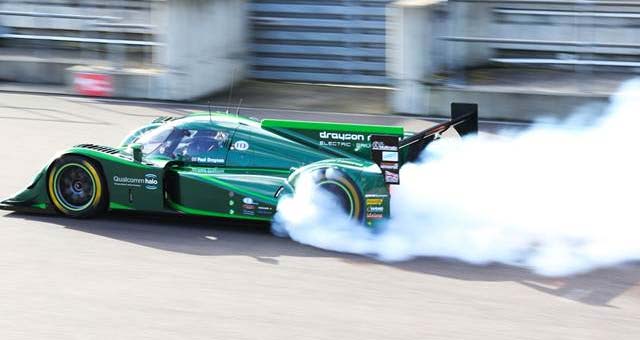 Drayson Racing Technologies and Michelin are joining forces in a strategic partnership that will begin with an assault on the FIA World Electric Land Speed Record today (June 25) with the Drayson B12 69/EV prototype.

Michelin has become the Official Tyre Partner of Drayson Racing Technologies, whose cars will run exclusively on Michelin rubber in the build up to the inaugural 2014/15 FIA Formula E season. This will include the Drayson B12 69/EV hypercar that will challenge for the FIA World Electric Land Speed Record.

Lord Drayson will aim to better the current record of 175mph set by Battery Box General Electric in the United States and which has stood since 1974. This record has held firm for nearly 40 years due to the immense technical challenge of running an electric vehicle consistently and reliably at such speeds when weighing less than 1000kg. He will make the attempt in the UK, at RAF Elvington in Yorkshire, to showcase the country’s leading position in the manufacture and development of EV technology.

The Drayson B12 69/EV has a top speed is estimated at 199 mph, well above the current land speed record. It sprints to 60 mph in 3 seconds, while 100 mph passes in just more than 5 seconds. Output is rated at 850 hp from a 30kWh lithium-ion battery. The transmission is a single ratio, split-drive setup.

Michelin is providing the control tyres to the FIA Formula E Championship, and this real-world trial will influence the development of key Drayson Racing Technologies components for the season start in 2014.

Lord Drayson will also act as a Michelin ambassador and showcase Drayson Racing Technology vehicles at numerous events in the run-up to the inaugural Formula E season.