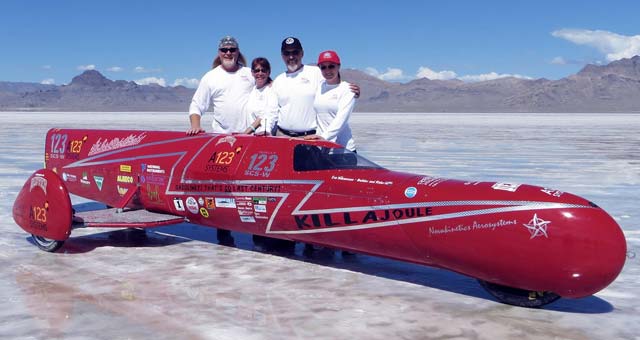 There are also two national speed records that KillaJoule needs to break before it can be called the “world’s fastest electric motorcycle” and the “world’s fastest sidecar motorcycle of any kind”. The national speed record for electric motorcycles is 215.960 mph and for sidecar motorcycles is 224.201 mph. Eva and her team will attempt to break these records at “Mike Cook’s ShootOut” at Bonneville Salt Flats on September 12-16.