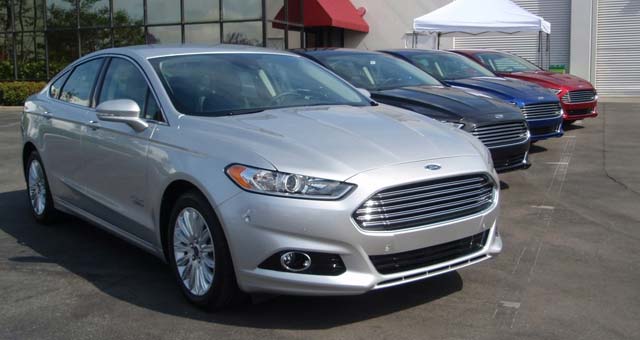 The five-star rating is the U.S. Government’s highest-possible safety rating and is determined only after severe testing procedures as part of NHTSA’s New Car Assessment Program (NCAP), which combines vehicle performance in frontal and side-impact crash tests and resistance to rollover.

NHTSA has elected to test plug-in vehicles separately from vehicles powered by gasoline internal combustion engines as the market share of electrified vehicles is increasing.

“The Fusion Energi combines the highest possible safety ratings from NHTSA and great fuel economy, two things we know customers are looking for in their vehicles,” said Steve Kenner, Global Director of the Ford Automotive Safety Office. “Our strategy is to provide our customers with a range of powertrain options in our vehicles, while still leading in fuel economy in every segment that we compete.”

The NHTSA five-star rating for the Fusion Energi comes in addition to the 2013 Fusion being named a Top Safety Pick+ from the Insurance Institute for Highway Safety (IIHS) in December. The Top Safety Pick + designation is the highest rating the organization has for vehicle safety.

May 20, 2013Blagojce Krivevski
Annual Sales of Electric Motorcycles and Scooters in North America Will Multiply Nearly Ten-Fold by 2018BMW UK Reveals Dealer Network for i Sub-brand