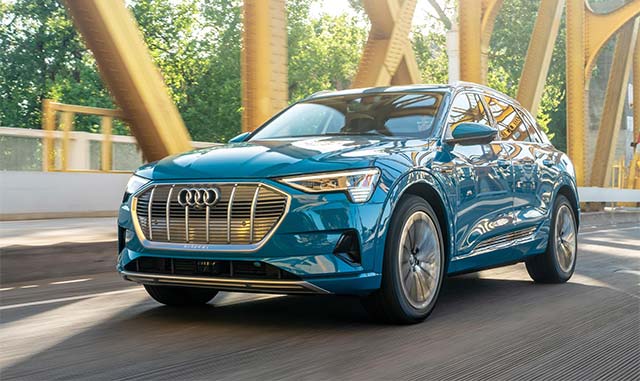 The U.S. NCAP’s crashworthiness ratings evaluate how vehicles perform in crash tests including frontal, side, and rollover tests. These three tests account for the majority of crashes on America’s roadways.

The National Highway Traffic Safety Administration’s New Car Assessment Program created the Five-Star Safety Ratings program to provide consumers with information about the crash protection and rollover safety of new vehicles beyond what is required by federal safety regulations.

Among the standout features available on the e-tron, the e-tron comes with standard Audi pre sense® basic, which can help prepare the vehicle for impact by beginning to close the side windows and sunroof and pre-tensioning the front safety belts.

Additionally, standard automatic emergency braking is offered as part of Audi pre sense® front. Using a front-mounted camera, the e-tron can help initiate braking at speeds of up to 52 mph for detected pedestrians and bicyclists in front of the vehicle and can bring a vehicle to a full stop when traveling at speeds under 35 mph based on IIHS tests.