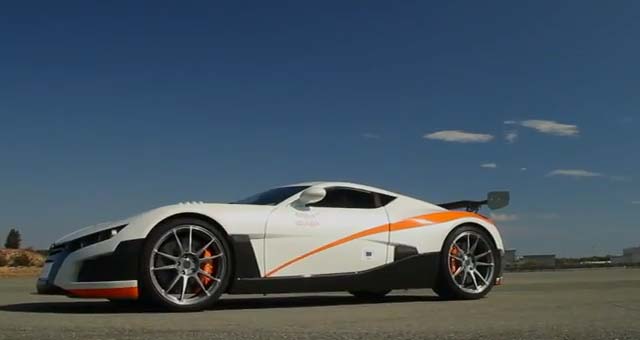 Volar-e electric supercar was developed and created in just three short months with up to 50% financing by European funds.

The Volar-e electric supercar is built on a tubular chrome-molybdenum chassis and features lightweight carbon-fiber bodywork.

These four electric motors are then set to be driven by the same battery system which debuted in the Rimac Concept_One.

In addition, Volar-e has been fitted with a fast charging system that enables battery charging in only 15 minutes, the time taken for an average break in a service station.

For those who didn’t attend the Circuit of Catalunya today, a second public demonstration will take place the 10 March in Barcelona’s Passeig de Colom.[wzslider lightbox=”true”]