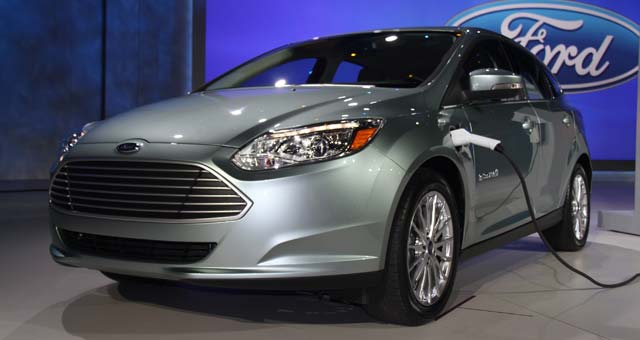 Focus Electric features front and side airbag technologies to tailor deployment to individual occupants. The driver’s airbag uses a reconfigured curve-shaped tether system that pulls in the lower section to create a “pocket” to help lessen the impact of the airbag on the driver’s chest and ribs in frontal crashes. Innovative side airbags feature unique shoulder vents that stay open and reduce pressure for smaller occupants who typically benefit from reduced forces.