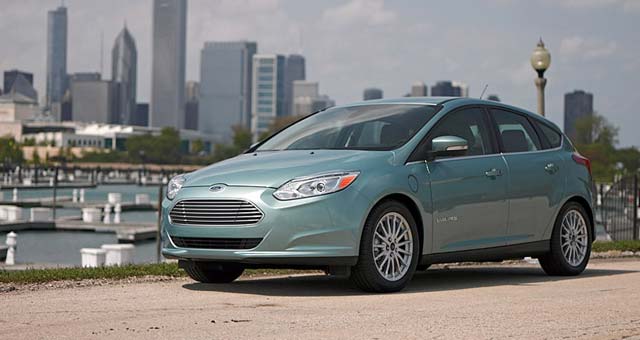 Ford Motor Co. is offering a major discount of up to $10,750 on leasing its 2013 Ford Focus Electric for buyers taking retail delivery by April 1.

Ford has also dropped the base price of the Focus EV by $2,000 for cash sales. In addition, Ford is offering a $2,000 cash discount on the Focus EV and 1.9 percent financing if the electric vehicle is purchased through Ford Motor Credit.

The incentives are similar to what General Motors was offering last year on its slow-selling Chevrolet Volt plug-in hybrid, when it offered about $10,000 discounts on Volt leases – a figure that also included the $7,500 tax credit. Nissan also dropped the price of its new 2013 Leaf EV by 18 percent to $28,800.

These are the other deals available on the market today: