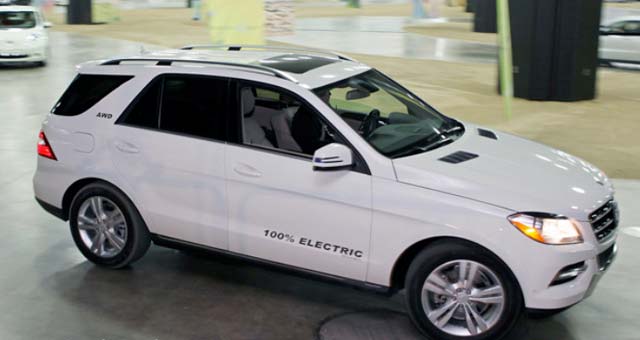 BARTA is the first major transportation authority in Pennsylvania to deploy fully electric vehicles, and the first in the US to deploy electric paratransit vehicles.

AMP is a plug-in electric drive motor vehicle manufacturer, founded in 2007 by entrepreneurs who have created several hi-tech companies. AMP is focused on the electrification of fleet vehicles, including medium-duty class 3-6 trucks and vans. The company recently released two all-electric demonstration models: the AMP MLe, based on the Mercedes ML 350, and the AMP GCE, based on the Jeep Grand Cherokee, both qualifying for the federal tax credit for EVs.