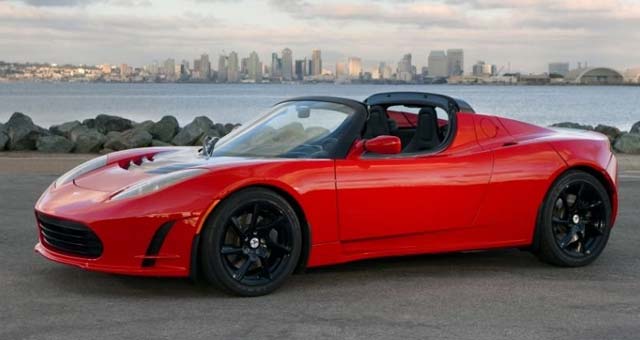 The Tesla Roadster is getting a battery upgrade that will allow the sports car to drive nearly twice as far without recharging.

“There is a set of speeds and driving conditions where we can confidently drive the Roadster 3.0 over 400 miles,” Tesla said in a statement.

Batteries: The original Roadster battery was the very first lithium ion battery put into production in any vehicle. It was state of the art in 2008, but cell technology has improved substantially since then. Tesla said it has identified a new cell that has 31% more energy than the original Roadster cell. Using this new cell Tesla has created a battery pack that delivers roughly 70kWh in the same package as the original battery.

Aerodynamics: The original Roadster had a drag coefficient (Cd) of 0.36. Using modern computational methods Tesla expect to make a 15% improvement, dropping the total Cd down to 0.31 with a retrofit aero kit.

Rolling Resistance: The original Roadster tires have a rolling resistance coefficient (Crr) of 11.0 kg/ton. New tires on the Roadster 3.0 have a Crr of roughly 8.9 kg/ton, about a 20% improvement. Tesla is also making improvements in the wheel bearings and residual brake drag that further reduce overall rolling resistance of the car.

Tesla expects the combination of these improvements to deliver a 40-50% improvement on range between the original Roadster and Roadster 3.0. There is a set of speeds and driving conditions under which Tesla says it can confidently drive the Roadster 3.0 more than 400 miles.

Tesla will demonstrate the enhanced range for the new Roadster in a drive from San Francisco to Los Angeles in the early weeks of 2015.

Tesla also said no new Model S battery pack or major range upgrade is expected in the near term.