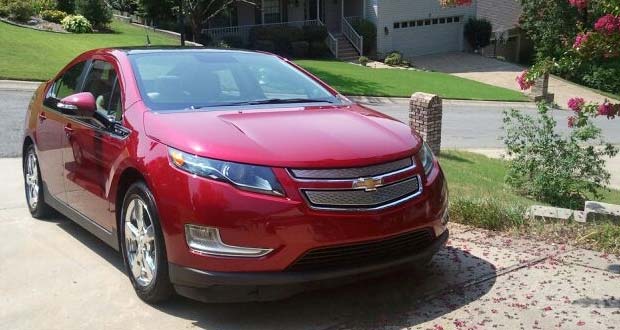 Would you get the same vehicle if you had to do it all over again? That’s the single, revealing question the Consumer Reports National Research Center asked subscribers in its annual Owner-Satisfaction survey—and the answer for Chevrolet Volt owners was a resounding “yes.”

Ninety-two percent of respondents who own the Volt said they would definitely buy it again, earning the car the distinction of being the top-scoring model in the Consumer Reports survey for the second year in a row.

“The Volt’s two-year reign at the top of our satisfaction survey points to the continuing trend of owners’ enthusiasm for cars that are fuel-efficient cars, especially as we see more and more hybrid and electric models hitting the market,” said Consumer Reports’ Auto Editor Rik Paul. “The combination of sporty handling and strong engine performance also goes a long way in building loyalty and generating excitement among owners.”

In addition to the Chevrolet Volt, other fuel-efficient models that scored among the best were the Toyota Camry Hybrid, Prius, and Prius C, and Nissan Leaf.

The Chevrolet Corvette, Porsche 911, the V8 Dodge Challenger and Ford Mustang topped the sporty car category while the Audi A7, Lexus GS and Audi A6 were the leading luxury cars.

On the other end of the spectrum, the redesigned subcompact Nissan Versa Sedan came in with the lowest score in the survey, with fewer than half of its owners saying they would definitely buy it again. Other low scorers include the V6 versions of the Chevrolet Silverado and GMC Sierra pickups, and the Nissan Armada, Suzuki SX4, and Mitsubishi Outlander SUVs.

One of the features that didn’t seem to have a strong effect on owner satisfaction was brand nationality. The 44 top-rated models include 16 American, 14 Asian and 14 European vehicles.

While owner satisfaction can be a helpful indicator when choosing a vehicle, Consumer Reports also advises consulting its road-test results and reliability-survey data before buying. One car that meets all three criteria is the 38-mpg Toyota Camry Hybrid, which CR suggests is the best pick for those who want an all-around sedan with excellent fuel economy.

Consumer Reports received responses on almost 350,000 vehicles and more than 240 models, spanning the 2010 through 2013 model years. The survey is based on the results from Consumer Reports Annual Auto Survey, conducted by the Consumer Reports National Research Center.

Scores are based on the percentage of respondents who answered “definitely yes” to the following question: “Considering all factors (price, performance, reliability, comfort, enjoyment, etc.), would you get this car if you had it to do all over again?”