Electric BMW Sharing Program Up and Running in San Francisco 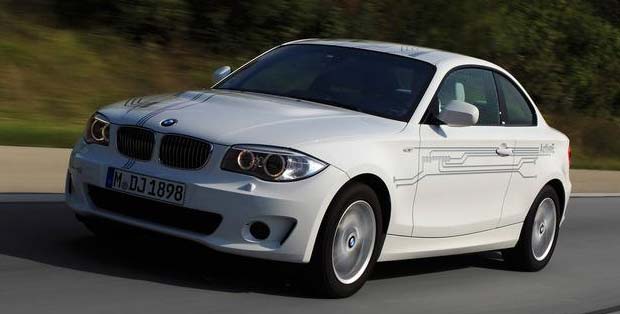 With pick up and charging locations all over San Francisco, BMW and Drive-Now are making electric vehicles accessible to everyone. Currently, Drive-Now has 8 locations within city limits and one location across the bay at the Oakland Airport where vehicles can be picked up, dropped off, and recharged.

Though the ActiveE-1 is an electric vehicle, it is still a BMW and thus equipped with substantial luxury features and more than sufficient engine power. The 2012 BMW ActiveE comes standard with cruise control, xenon lights, Sirius satellite radio, navigation, and park distance control. Additionally, the electric motor that’s powered by advanced lithium-ion batteries certainly does not hamper the thrill of driving this compact BMW.  With a maximum range of 94 miles, the roomy ActiveE 1-series can take you and three friends anywhere you need to go, and you don’t have to worry about running low on power and having to be idle for a whole day once you get there either. Hook up takes seconds at any of the recharging stations located throughout the city, and a full charge takes only four to five hours. Though you can recharge at any electric power station available to you, charging is free at the 9 Drive-Now stations in San Francisco.

By far the coolest aspect of using a 2012 BMW ActiveE 1-series from Drive-Now is that your Drive-Now ID acts as a key that will unlock all of their electric cars. Your ID card, plus your pin number, is all that’s necessary to begin your Drive-Now session. Walk up to your choice of BMWs, unlock the car, and enter your pin number on the in-car touch screen. Similarly, to end the session, just do the above steps in reverse and your account is automatically charged based on the time you used the Drive-Now service.

To take advantage of this environmentally friendly service, you’ll need to set up a Drive-Now account at one of three locations that can verify your identity .After paying a $39 dollar membership fee, you will be a Drive-Now member and immediately be able to drive one of these hot electric vehicles around San Francisco. Renting an ActiveE costs $12 for the first 30 minutes and then 32 cents per minute of driving time afterwards. If the vehicle is not in motion, Drive-Now charges 13 cents per minute while parked. There is a nice one day maximum of $90 that includes 180 miles; however, you are on the hook for fifty-five cents for each mile you go over during the 24 hour timeframe. The final price also includes free parking and charging at Drive-Now stations and state minimum liability insurance. Local and federal taxes are not included.

This article was contributed by Brittany Larson, an electric car enthusiast and a blogger for Dream Motor Cars.