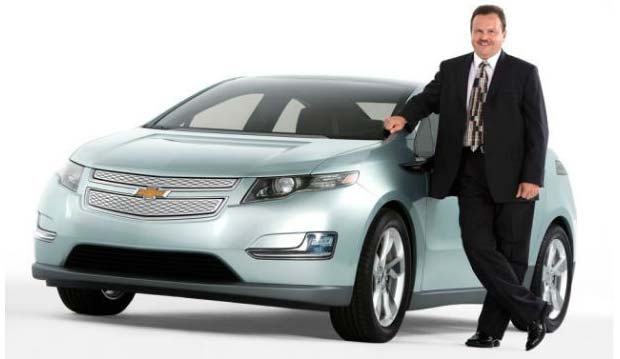 A well-known automotive industry professional with more than 30 years of experience in product development, strategy, program management, manufacturing and quality at General Motors, Posawatz’s last role was as GM’s Vehicle Line Director and key leader of Global Electric Vehicle development, where he was responsible for the award-winning Chevrolet Volt – bringing the car from concept to production.

“We are delighted to be adding an executive of Tony’s caliber to the Fisker Automotive leadership team,” said Executive Chairman and Co-Founder, Henrik Fisker. “His depth of knowledge and experience in this innovative field of new technology means that he is one of the world’s most experienced leaders in vehicle electrification technology and the plug-in ecosystem. In the long-term he will ensure that Fisker is well positioned to maximize the potential of not only the Karma sedan, but also bring the Fisker Atlantic smoothly to market.”

Posawatz has consistently been recognized as an industry leader in product innovation and electrified vehicles and served as Chairman of the Board for the Electric Drive Transportation Association (EDTA). In addition he led GM’s initial efforts on hybrid programs and related technology development and was “employee number one” and founding member of the Chevrolet Volt program back in 2006.

“Tony is the perfect CEO for Fisker,” said Tom LaSorda. “He has been at the forefront of the industry’s technological revolution and one of the few people in the world to bring an EV to mass production.

Fisker Automotive also announced the appointment of Joseph Chao as Executive Vice
President and CEO of China and Asia.

Fisker also announced the appointment of Alberto Gonzalez as Vice President of Manufacturing. Gonzalez also brings more than 30 years of global automotive manufacturing and assembly experience from Chrysler where he operated high-volume assembly plants in the US, Mexico and Canada.