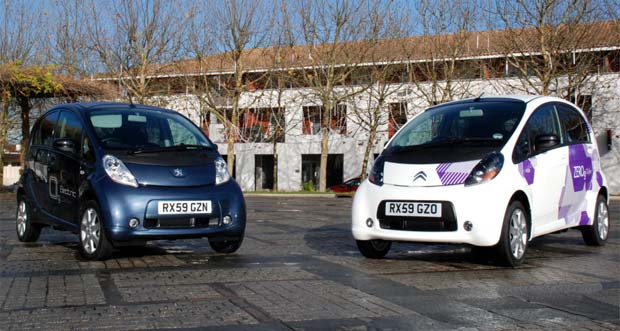 These subsidies are designed to help manufacturers offset the higher cost of more green cars and thus make them more competitive. Inversely, existing penalties for heavily polluting cars will be increased.

The government is planning to pay out around €500 million in such rebates during 2013.

Despite existing incentives, electric cars and hybrids accounted for only 0.2 percent and 0.8 percent respectively of new-car French registrations in the first quarter.

The French car industry has made some inroads into producing greener cars in recent years, with PSA diesel-electric hybrids now accounting for some 24% of those sold in France. However, this is still well behind Toyota, which has 36% of the market with its Prius, Auris and Yaris models.

The subsidies may also benefit Mitsubishi, which makes electric minicars for itself as well as the Peugeot and Citroen brands, and Renault which already sells electric Fluence Z.E. sedan, Kangoo Z.E. van and the Twizy two-seater.

The French auto industry has taken a heavy hit – shrinking from 3.5 million vehicles in 2005 to just 2.2 million last year. Industry employment is down to 800,000 – a 30 percent drop in seven years.