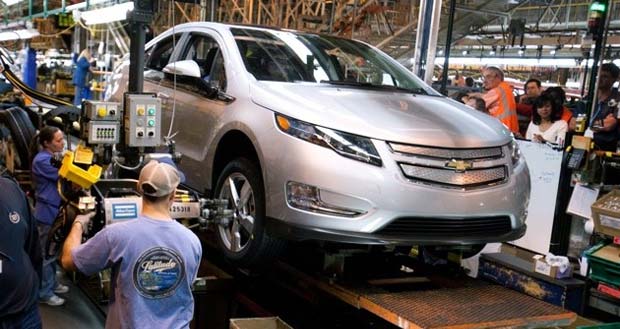 Chevrolet Volt had its best month ever in March with 2289 units sold, more than double its February result of 1,023 and an increase of almost 50 percent over its previous best mark of 1,529 set in December 2011.

Nissan says it is on track to double sales of the LEAF in 2012 to about 20,000 in the United States. The company plans to expand capacity to build 150,000 LEAFs annually in 2013 in Tennessee, and is upgrading the 2013 Leaf to include fancier interiors and improved heating systems.

Chevrolet Volt production was suspended for five weeks beginning on March 19th in an effort to better align supply to demand. Chevrolet has since announced that it currently plans to extend the traditional two week summer vacation at the Hamtramck, Michigan, facility that produces it to three weeks, as well.

UPDATE:
Toyota sold 891 Prius Plug-In Hybrids in that car’s first full month on the market–or about 3 percent of the 28,711 Priuses sold in March.

There were also 56 Mitsubishi ‘i’ EVs sold last month, for a three-month total of 136.