Illinois Governor Launches Largest Fast-Charging Network in the US 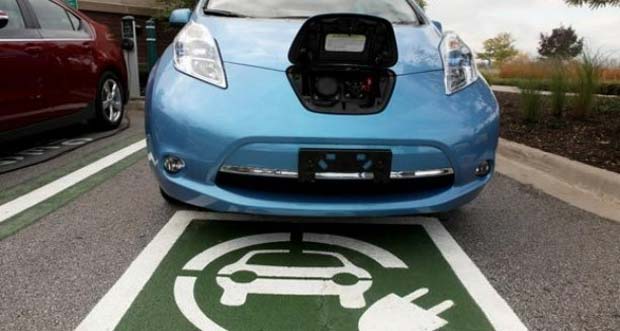 As part of Governor Quinn’s commitment to increasing sustainability across Illinois, the initiative will support the use of electric vehicles and create jobs in sustainable transportation.

Motorists can charge an electric vehicle in under 30 minutes using the current fast-chargers at 7-Eleven sites at four Tollway Oasis locations, and will soon be able to charge vehicles at all seven Tollway Oases.

Through the Chicago-Area EV Infrastructure Project, 26 fast-chargers have been installed, with 73 total fast-chargers planned. Eight of these are currently in place at Tollway Oases along the Jane Addams Memorial Tollway (I-90) at the Des Plaines Oasis and on the Tri-State Tollway (I-94/I-294/I-80) at the Lake Forest Oasis, O’Hare Oasis and Chicago Southland Lincoln Oasis. The installations, managed by 350Green, were performed by Chicago-based JNS Power & Control Systems.

The City of Chicago is overseeing the project’s installation of 280 charging stations overall to increase accessibility to EV charging. With a budget of $8.8 million, including $1.9 million in public funding and $6.9 million in private investment, EV stations are being installed mostly in areas with dense residential and worker populations and in high-traffic areas. The overall EV infrastructure project has created approximately 18 jobs and its construction will support 8,500 labor hours.

Before plugging in to one of the Tollway’s fast-chargers, drivers must purchase a payment card from 350Green (www.350Green.com/card). The $21 card includes three 15-minute sessions at fast-charging stations.

The Chicago-Area EV Infrastructure Project is funded in part by the state’s Illinois Jobs Now! capital plan and Clean Cities Grant funds that the city of Chicago received through the American Recovery and Reinvestment Act (ARRA) of 2009. The project is one of several initiatives now underway in Illinois to promote the adoption and use of electric vehicles.

The Illinois Jobs Now! plan includes up to $10 million in capital funding for the Illinois Department of Commerce and Economic Opportunity (DCEO) to award EV manufacturing and infrastructure incentives, which will begin rolling out this spring. In July 2011, Governor Quinn signed the Electric Vehicle Act to form the Illinois Electric Vehicle Advisory Council, a group of public- and private-sector electric vehicle stakeholders collaborating to develop policies and programs that support EVs.