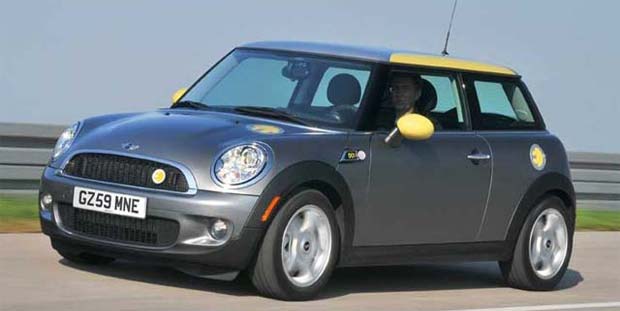 Early findings from the yearlong MINI E field trial in the UK have already influenced the development of the BMW ActiveE electric car, but the biggest beneficiary will be the BMW i3, the first purpose-built EV from the BMW Group, set for launch in 2013.

The majority of the 138 participants who took part in the MINI E trials confirmed that the MINI E is suitable for everyday use and they would consider buying an electric car.

The UK trial discovered that everyday use of the electric MINIs didn’t radically differ from the typical driving patterns of a control group of drivers of conventionally powered cars in the same segment. In fact, the daily journey distance of 29.7 miles was slightly more than the 26.5 miles recorded by the control cars, a mix of MINI Coopers and BMW 116i models. Interestingly, the UK average daily distance driven for private cars overall is less than 25 miles. With information gathered by on-board data-loggers, the average single trip distance was recorded as 9.5 miles compared to the UK average of seven miles.

Four out of five people said that 80 percent of their trips could be covered by the MINI E, rising to 90 percent of trips with the addition of rear seats and a bigger boot.

Over the one-year period, over 250,000 miles were recorded on UK roads, with the average distance driven coming in at just under 30 miles per day. Interestingly, virtually all the car’s recharging took place at home at an average of 2.9 times per week. Nine out of ten drivers told the researchers that charging actually suited their daily routine, with 81 percent agreeing with the statement “I prefer to plug in the car than go to a fuel station”.

Most charged at home, with 82 percent using their wall-mounted charging box 90 percent of the time.  The lack of a comprehensive public charging infrastructure in the UK was noted, with four out of five participants (82 percent) saying they thought that it was “essential” that a network of charging points was established. However, almost three quarters (72 percent) said they were able to use their car perfectly adequately right now as they had access to private charging.

The results also found that a full charge enabled the MINI E to travel a distance of 90 miles, although cold weather affected its range, according to 84 percent of owners.

Finally, the findings have revealed that only one week was needed by people to adapt to the peculiarities of driving an EV, including charging, regenerative braking and near-silence during driving.

The MINI E is a two-seat development of the familiar MINI Hatch. It is powered by a 204hp electric motor that also generates 220 Nm of torque. It is driven by battery power in the form of a sophisticated 35 kWh Lithium-Ion battery containing 5,088 cells. The battery was charged by a special home charger supplied by consortium partner Scottish and Southern Energy. This enables a charge time of 3.5 hours at 32 amps. The MINI E has a top speed of 95mph and an official range of 149 miles (according to FTP72 standards), although a realistic range is 112miles.